The 2022 Pennsylvania Primary has exposed the utter delusion of Republicans who thought the stolen 2020 election could be safely ignored. Once Trump was off the ballot — they told us — all of these “election abnormalities” would disappear. Our normal election system would “return to normal.” I heard this countless times in 2020 and 2021 from educated people who turned out to be complete fools.

Nothing could be further from the truth.

The 2020 election was simply the most obvious example of how brazenly fraudulent our election process had become — and since no meaningful reforms have been enacted, the same cheating is happening again. This time, the mail ballot vendor printed the wrong ID code on 22,000 ballots — if you can believe it.

The thing is: I can believe it. They’re not even trying to hide the corruption anymore.

Let’s repeat the worst four words in the English language for liberals: President Trump was right.

But let’s begin at the beginning of this farce — with the polling.

The Trafalgar Group has been the only polling firm (other than Rasmussen) to make accurate calls the last few years. Trafalgar released the following poll just before the primary.

To summarize: Kathy Barnette and Dr. Oz were in a dead heat, and the GOP establishment choice Dave McCormick was third. That’s how the race looked not just to Trafalgar but to every other pollster as well: McCormick was a distant third.

On the day of the primary, Kathy Barnette supposedly runs a distant third — though four polls showed her tied for the lead with Oz! —while Dave McCormick runs neck and neck with Dr. Oz. Here’s the problem with that scenario: I was unable to locate anyone living in Pennsylvania who was voting for Dave McCormick. All the talk in conservative media, and conservative radio, was Kathy Barnette surging against Dr. Oz.

Nobody had Dave McCormick pulling out a victory — probably because it never happened. Instead, the electronic voting machines in Pennsylvania did their thing for the uniparty in Washington. Like I said: they’re not even trying to hide it now. The GOP establishment didn’t want Kathy Barnette or Dr. Oz as the GOP candidate because those two would answer to President Trump and not to Mitch McConnell.

So they flipped the switch again.

And that’s how we ended up with the 2022 Pennsylvania Primary repeating the 2020 Presidential election.

Let’s review the basics of election theft. When you steal a primary, certain things have to happen in a certain order — and that’s one of the giveaways. For example, mail-in ballots have to be counted at the very end of the process because you don’t know how many ballots you will need to win until the very end. If your state counted those ballots first, for example, it would be much harder to cheat — and that’s why our two political parties insist that states don’t do it!

Notice too that the entire electoral process has to be slowed down in order to accomplish the cheating. Pennsylvania’s primary race was on May 17th. It’s May 23rd and they still can’t count a few thousand ballots because — well, you know — they’re cheating.

It’s so blatant that even the Pennsylvania GOP wants nothing to do with it.

As I said, there’s a particular order to a bogus election. For example, there’s always one candidate who demands that all ballots be counted — and that’s the candidate to watch because he seems to know that mail-in ballots will break heavily for him for some strange and never-explained reason.

For example: Dr. Oz was leading by a few thousand votes on Primary Day, but Dave McCormick’s people are oddly confident that undated mail-in ballots will overcome Oz’s lead.

That’s too clever by half.

Substitute the name “Joe Biden” for “Dave McCormick” and you’ve seen this movie before — in November 2020. You’re not dreaming. You know how it ends. You’re just watching another rigged election.

You’re just watching your nation turn into a banana republic.

Editor's Note:  This is the second court case filed against the use of electronic voting machines. The first case was filed in Arizona on April 22, 2022. Read the PDF version of the filing: https://frankspeech.com/sites/default/files/2022-04/ECF%2001%20-%20Complaint.pdf. Detailed election fraud analyses on 2020 election HERE. Mr Lindell plans to file in all 50 states against the electronic voting machines. 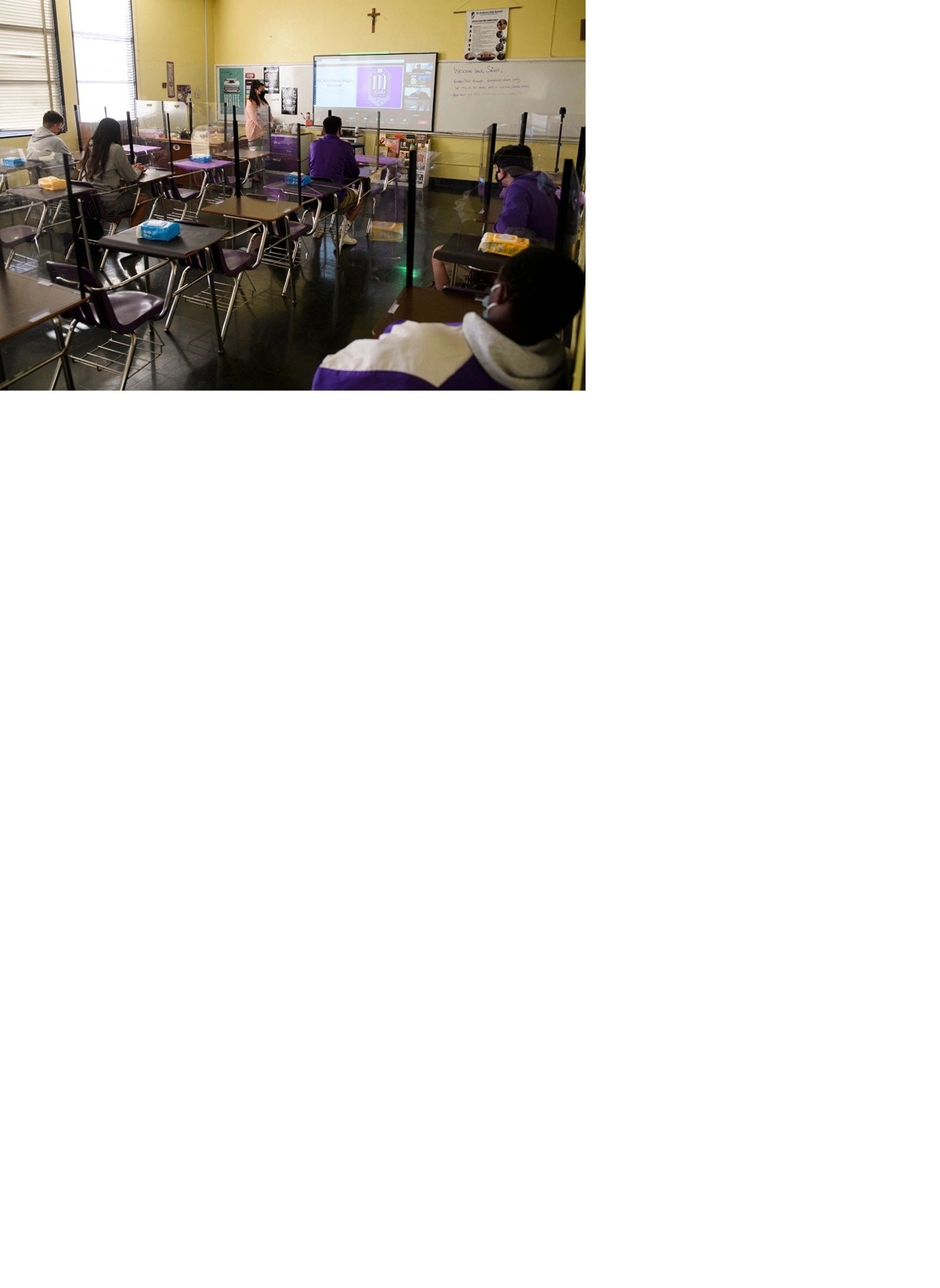 An Indiana court has dismissed a lawsuit filed against a Roman Catholic Archdiocese by a former private school teacher who was fired for being in a same-sex marriage.

According to the order, the court concluded that there was a “lack of subject matter jurisdiction” and “failure to state a claim upon which relief can be granted.”

Luke Goodrich, vice president and senior counsel at Becket, a law firm that represented the archdiocese, released a statement Friday expressing support for the order.

“If the First Amendment means anything, it means the government can’t punish the Catholic Church for asking Catholic educators to support Catholic teaching,” Goodrich said.

“This has always been a very simple case, because the Supreme Court has repeatedly affirmed the freedom of religious schools to choose teachers who support their religious faith.”

Kathleen DeLaney, the attorney representing Payne-Elliott, told the Indianapolis Star that she took issue with the order, especially its explanation for the complaint's dismissal.

“The decision itself offers no reason, no rationale, no basis,” DeLaney said. “We have no way to know how the judge got to the decision.”

In June 2019, Payne-Elliot was fired from Cathedral High School after it was revealed that he had married another teacher of the same sex who worked at a different high school.

The firing reportedly came at the specific direction of the archdiocese, as the school had originally intended to renew his contract for the 2019-2020 school year.

Although Payne-Elliot reached a settlement with Cathedral High School soon after his firing, he filed legal action against the archdiocese, accusing it of forcing the school to dismiss him.

“We hope that this case will put a stop to the targeting of LGBTQ employees and their families,” said Payne-Elliot in a statement at the time, as reported by the Indianapolis Star.

A trial court had originally supported having the case go forward, however, the Indiana state Supreme Court intervened and told the lower court to reconsider the complaint.

In July 2020, the United States Supreme Court ruled 7-2 that two Catholic schools could classify their teachers as ministers and not be held to the standards of anti-discrimination laws.

Justice Samuel Alito delivered the opinion of the court, known as Our Lady of Guadalupe School v. Morrissey-Berru, which regarded two lawsuits against two Catholic schools in California.

“The religious education and formation of students is the very reason for the existence of most private religious schools, and therefore the selection and supervision of the teachers upon whom the schools rely to do this work lie at the core of their mission,” Alito wrote.

“Judicial review of the way in which religious schools discharge those responsibilities would undermine the independence of religious institutions in a way that the First Amendment does not tolerate.”

A Louisiana federal judge on Friday blocked the Biden administration’s attempt to end the Title 42 health policy that allows rapid expulsion of illegal immigrants — keeping the policy in place hours before it was set to expire.

US District Judge Robert Summerhays sided with 24 Republican state attorneys who warned of a possible surge of migrants across the US-Mexico border that would overwhelm their resources.

Summerhays wrote in a 47-page ruling issuing a nationwide injunction that the states “demonstrated harm that will result… and that, despite the impact of the order on the states, they were not able to protect their interest by participating in the notice-and-comment process mandated by the [Administrative Procedure Act].”

The Title 42 order was adopted in 2020 by the Trump administration to allow for the near-immediate deportation of suspected illegal immigrants during the COVID-19 pandemic.

The fate of the policy became a point of conflict among Democrats, with more centrist party members arguing for keeping the order in place temporarily and more left-wing advocates urging its immediate repeal. 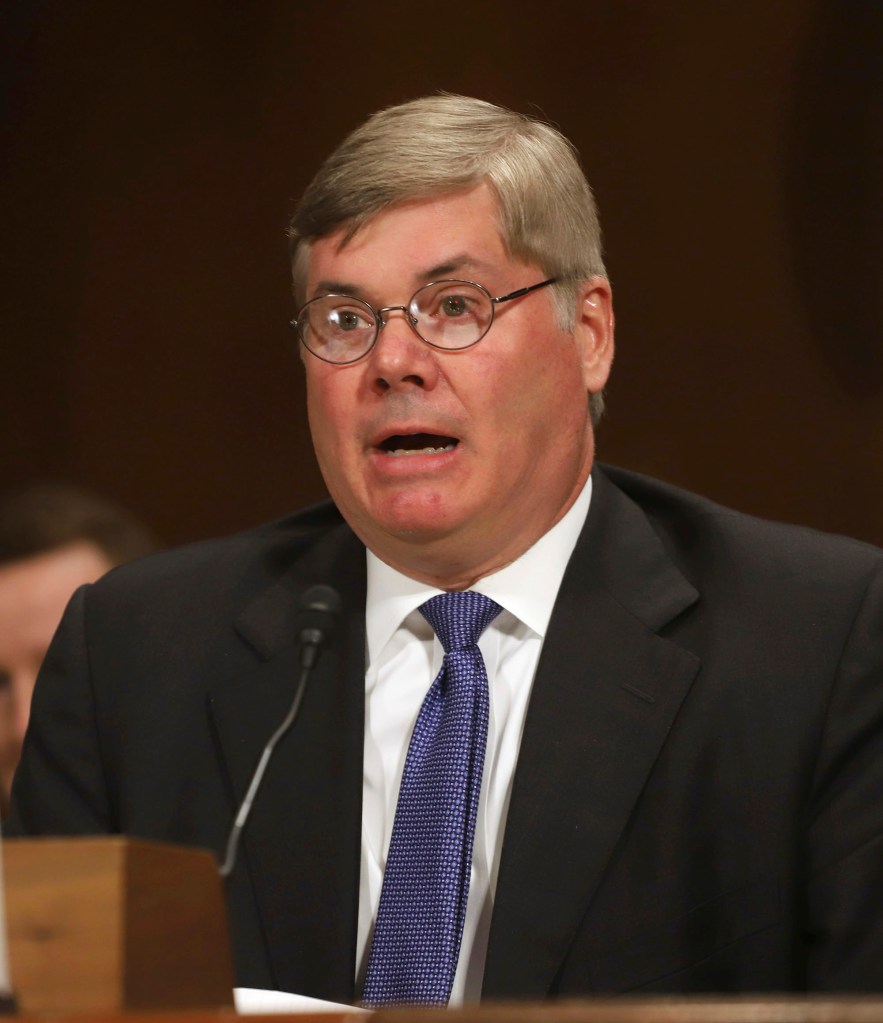 Multiple makeshift rafts are being used to cross from Guatemala into Mexico on May 17.Stringer/AFP via Getty Images

The decision to lift Title 42 was heavily criticized by officials in border states even as current migration levels soar with it in place.

In April, Customs and Border Protection reported a record high for that month of 234,088 repeat and unique migrant encounters along the southern border, but only 97,000 were removed under Title 42.

The number of arrests at the US-Mexico border hit a four-decade high last year.

If the order had been lifted, Department of Homeland Security Secretary Alejendro Mayorkas warned that as many as 18,000 migrants could cross the border daily.

Despite concerns, the Biden administration repeatedly defended the decision to lift the policy, with former White House press secretary Jen Psaki calling on Congress to take action if they wanted the policy to remain in place.