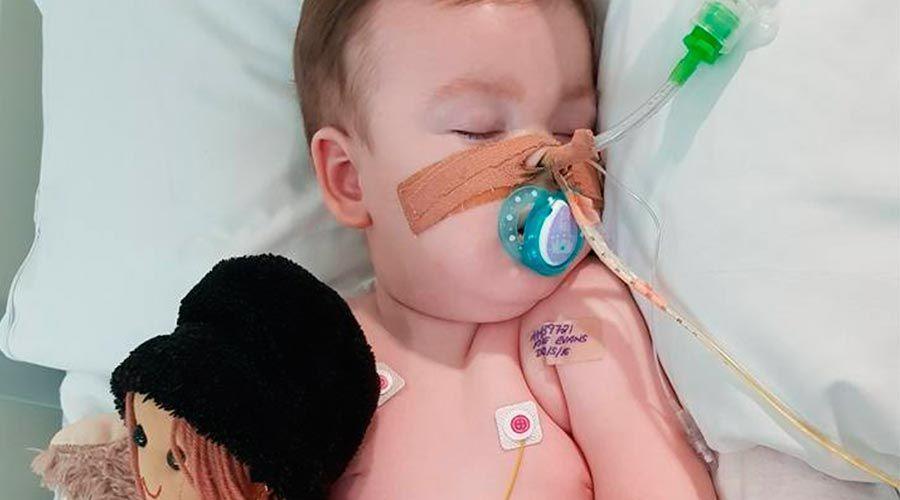 Alfie Evans is a 23-month-old baby boy who suffers from a rare disease that has, according to his doctors, destroyed his brain. Whether or not this diagnosis is accurate is not the point.  The questions about this case are not about Alfie’s condition but rather about the hospital. Alder Hey Children’s Hospital in Liverpool, England, took this baby off a ventilator against the wishes of his parents and is not allowing the parents to seek treatment elsewhere. Alfie’s parents have valiantly appealed this decision, even proposing that Alfie be flown to Rome for treatment, but “the judge said all medical experts agreed that further treatment was futile and it would be against Alfie’s best interests to fly to the Vatican’s Bambino Gesù hospital in Rome.”

Alfie’s parents lost all of their appeals and can do nothing else. In the process, mankind has lost as well. The reasons are simple.  The use of the words “futile” and “best interests” are fraught with innuendo. They are subjective terms that can mean whatever the person uttering them wants them to mean! If you are wondering whose best interests are served when planned death is arranged, then you are on the same page we are on the fate of this sweet baby.

Alder Hey Children’s Hospital has violated Alfie’s basic human rights by making this decision, which has been upheld by a British Court of Appeals. Many have protested with letters, with calls, and even with demonstrations outside this deadly hospital, but apparently the court system has made a decision that may, barring a miracle, result in the death of this baby boy.

The sad reality of this case, like so many others in Britain, the USA, and elsewhere, is that human dignity and parental authority matter not if a hospital staff, a medical ethics panel, or a judge decides that they know what is “best” for a child. While we might question where such thinking comes from, it does not take a genius to figure that out. After all, when man usurps the rights of others as he acts in what he may feel is for the greater good, all manner of evil can occur.

The sad reality of the #AlfieEvans case, like so many others in the UK and the USA, is that human dignity and parental authority matter not if a hospital staff, a medical ethics panel, or a judge decides that they know what is “best” for a child.

John O’Sullivan at National Review nailed it when he wrote of Alfie’s case:

In a movie, Alfie would survive in the last final scene. It’s hard to believe that he will do so in life. We can understand the quite simple emotions that move Alfie’s parents, the crowds of sympathizers, and the Italian diplomats and their voters. But how are we to interpret the official UK decisions? It seems to me (partly on the basis of earlier such conflicts) that all involved will believe passionately that they are doing the right thing. But something else has taken over their thoughts and action: They are now determined to defend their claim to be Alfie’s real parents and their compassionate administration of his inevitable death without pain—against what they see as the primitive sentimentality of those trying to rescue him. They grit their teeth and get on with it, maybe feeling a little noble about it all. And they don’t realize that they are moving by baby steps towards the compulsory euthanasia of the weak and sick.

Yes, for mankind this is the case. Those baby steps have become increasingly prevalent and have generated very little from the community at large—a community that seems to be asleep, unaware of what lies ahead.

This entire tragedy reminds me of Flannery O’Connor’s prescient quote: “In the absence of faith, we govern by tenderness. And tenderness leads to the gas chamber.”