What a beauty of an appointment.   What is Biden trying to do to our country?

A 2006 graduate of Perry High School, Brinton earned a bachelor’s degree in mechanical engineering in 2011 from Kansas State University and a master’s degree in nuclear engineering and technology and policy in 2013 from the Massachusetts Institute of Technology.  A Maryland, resident was most recently the director of global political affairs for Deep Isolation, one of the nation’s only nuclear waste start-ups.

As a gender non-binary person, Brinton has been a visible and vocal advocate for LGBTQ issues and mental health and suicide prevention since Brinton's undergraduate days.  Brinton was the chief advocacy officer for the Trevor Project, which advances policies and positions that help LGBTQ youth in crisis. 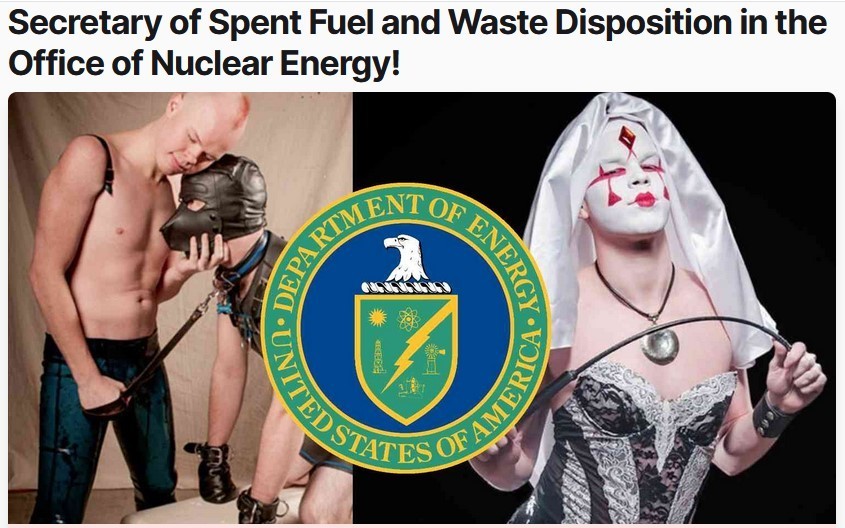 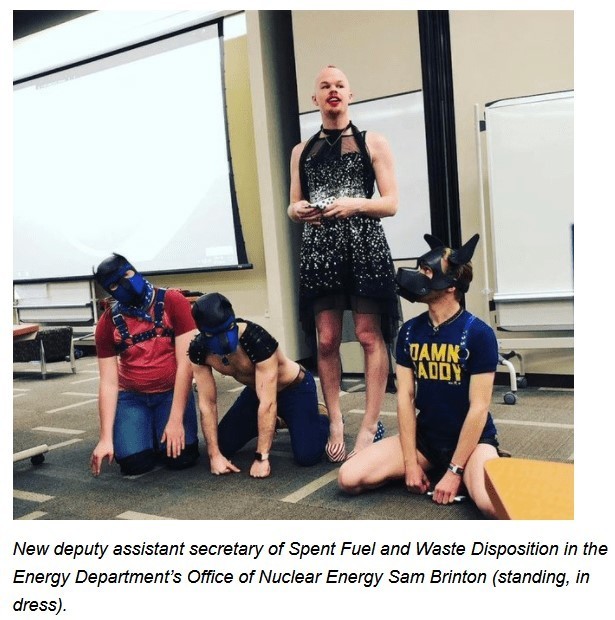 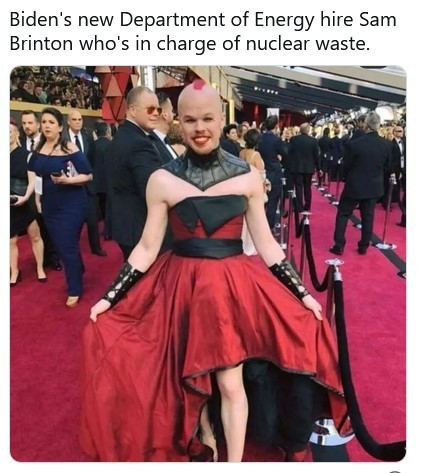