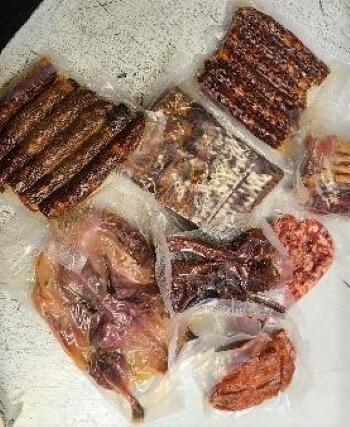 Readers know what I think of the UN. Do not think that I have gone over the edge, but I want to give an atta-boy to the World Health Organization for supporting the use of DDT to control the malaria epidemic that claims the lives of millions each year. In September, Arata Kochi, director of the WHO Global Malaria Program, stated that "We must take a position based on the science and the data. One of the best tools we have against malaria is indoor residual house spraying. Of the dozen insecticides WHO has approved as safe for house spraying, the most effective is DDT." Another WHO official said "Indoor residual spraying is useful to quickly reduce the number of [malaria] infections ... and DDT presents no health risk when used properly."

Some eco-fascists still call for the complete ban of DDT, period. For those who inhabit these groups, human life is a cancer on the earth; malaria helps to reduce the number of humans. Banning DDT keeps the process working and saves the lives of countless mosquitoes. The Congress of Racial Equality has been working for years to get the use of DDT reinstated as a means of reducing human suffering and its economic impacts. Paul Driessen, a Senior Fellow at CORE, was quoted in an article in the December "Environmental & Climate News" on the impacts of malaria: "In addition to the needless deaths (100,000 people die of malaria each year in Uganda), countless millions are too sick to go to work or school. Other millions must stay home to care for sick family members. Is it any wonder that Sub-Sahara Africa is, and remains, one of the poorest regions on Earth?"

The U.S. government, which initiated the world-wide ban on the use of DDT in spite of the scientific evidence that it was not the end-of-the-world disaster claimed by Rachel Carlson, is changing its policy. Steven Milloy, in a Fox News article, reported that the U.S. Agency for International Development has endorsed and will fund the use of DDT for indoor spraying in Africa. The European Union is not so enlightened. Milloy also reported that the EU has threatened Uganda with a complete ban on its agricultural exports if it goes ahead with indoor DDT spraying. Milloy ended his article with "Let’s forget the myths about DDT - it’s time to stop malaria now."

"The tragedy of the commons" is a term used to identify a situation that happens all too often when property or goods are owned by everyone for the use by everyone. With no one responsible for the management of the asset to ensure a continuing supply, those using it have no incentive to take care of it or to concern themselves if it will be there tomorrow. Let George do it. The result is that the asset disappears. An example often given is a common pasture land open to all. It is not long before overgrazing destroys the pasture - no one was responsible for managing the number of head on the land to ensure that the asset, the grass, would be there tomorrow. Everyone wanted to ensure that they were able to graze as many head of the free grass as they could.

The antidote for the "tragedy of the commons" is private ownership. A microcosm of the "tragedy of the commons" is littering, seen in roads and parking lots across the country - how often have you seen a pile of cigarette butts on the ground about where the front door of a parked car would have been. It is probably a safe bet that the person who dumped them would not have dumped them in his own driveway. In our town, we spend a significant amount of money each year operating a street sweeper to clear the gutters of litter. I often wonder if the operation of the sweeper, affectionately known as "the slug" to some, could be reduced if people would take care of their own trash and not succumb to validating the "tragedy of the commons" thesis. In this case, "Let George do it" is exactly what happens - George is the slug’s operator.

There is another place in town where George and his machine cannot get, a connecting road between two built-up areas. It appears to be a magnet for trash discarded out car windows. If not for concerned citizens, the trash would accumulate for eternity and spoil what is in fact a pleasant walk along the pathway parallel to the road. Citizens often tell me that the city should do this or that "for the common good." Not littering represents something individuals can do "for the common good" - all it takes is exercising a responsibility for one’s own actions.