by Oliver North and David Goetsch 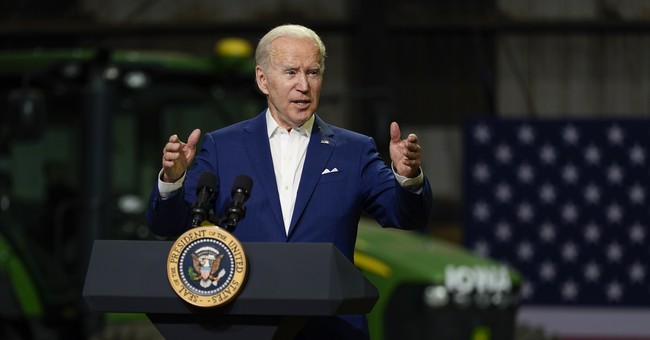 The Hunter Biden coverup continues to unravel and, as it does, questions about the president's involvement become harder to dodge. Hunter's nefarious dealings with what at the time was China's largest energy company, CEFC, are well-documented, as are his questionable activities in Russia and Ukraine. The concept is known as influence peddling, a smarmy practice refined to an art form in "the swamp."

Hunter Biden's "take" from Russia while his father was vice president was reportedly at least $3.5 million, for which he did nothing but be Joe Biden's son. Now, Joe Biden is president of the United States and is directly accusing Russian President Vladimir Putin of war crimes and genocide in Russia's invasion of Ukraine. The possibility of blackmail is undeniable.

Hunter Biden never provided any substantive service to his foreign patrons. He was widely known to be a spoiled, profligate son of privilege. All Hunter Biden ever peddled to China, Russia and Ukraine was access to his father, then vice president of the U.S. Hunter not only compromised his father but set him up for blackmail.

Now, as president, Joe Biden is in the unenviable position of having to stand up to two enemies -- Russia and China -- who likely have evidence damaging to his presidency. Neither Russia nor China have yet publicly released information damning to Joe Biden. This may be because they want him -- hapless, easily manipulated and cognitively challenged -- right where he is: in the White House. His replacement, Vice President Kamala Harris, could be even more difficult to control.

There already appears to be sufficient evidence against Hunter Biden to convict him of what is likely to be illegal influence peddling -- but what about Joe? Did Joe Biden use his position as vice president to arrange lucrative business deals for his hapless, drug abusing, sex-addicted son? Is our president compromised by his actions on behalf of Hunter and his brother James?

The mainstream media refuses to acknowledge the elephant in the room: Was Joe Biden actually part of Hunter's deals? Is he the "big guy" mentioned in the now infamous email of May 13, 2017, authored by James Gilliar of the international consulting firm J2cR? This email contains a line that may eventually open the Pandora's box of "Bidengate." It reads: "10 held by H for the big guy?" There is little doubt the "H" mentioned in the May 13 email is Hunter and the "10" refers to $10 million. It is difficult to draw any conclusion other than the "big guy" is Joe Biden.

As you contemplate the questions we raise and the mainstream media's continued denial of Joe Biden's involvement in his son's treacherous dealings with foreign governments, consider one more question: How did a lifelong politician who often claimed to be the "poorest man in the United States Senate" suddenly become a multimillionaire on the vice president's salary, which in 2017 was $230,700?

A whistle blower in the federal  courts revealed Roberts was seen on the Epstein tapes. Roberts was hand picked for the court because of the external control The federal canary says he was being blackmailed well before his senate confirmation. This explains Robert's votes on a number of important issues. See the Steel report:


Two months ago former Fox News host Bill O’Reilly revealed the existence of a tape that he claims shows what he described as “an anti-Trump attorney” offering a woman $200,000 during the presidential election last year to issue false sexual harassment claims against then-GOP nominee Donald Trump.

“It exists,” he said to Newsmax at the time. “We have urged the person who has the tape to hand it over to the U.S. attorney, because my investigative team believes there are three separate crimes on the audio tape.”

On Friday, O’Reilly doubled down on that claim during an interview with conservative talk show host Glenn Beck, though he declined to offer a deadline for when the tape might finally be released.

“There is an audiotape of an anti-Trump person offering $200,000 to a woman to accuse Donald Trump of untoward behavior,” he said.  When Beck asked whether this tape will ever be released, O’Reilly replied by maintaining that he “may have to go to the U.S. attorney” himself.  “I don’t want to have to do that and inject myself into the story … but I had my lawyer listen to the tape,” O’Reilly said. “There are at least three crimes on the tape. So as a citizen, I may have to do this.”  He cautioned, though, that the tape isn’t in his possession but rather with “someone who knows the seriousness of this situation.”

Then, Beck asked, why won’t this mysterious someone simply release the tape to the public?

“I can’t really get into that at this point, but I can tell you, Donald Trump knows about the tape,” O’Reilly said. “And I, for the life of me, am sitting here going, ‘Why on Earth are you allowing a movement to try to smear you when you have such a powerful piece of evidence that shows this is an industry — that there are false charges and money changing hands?'”

But Trump doesn’t “have such a powerful piece of evidence” at his disposal; the actual owner of the tape does, and until he or she chooses to release the tape, there might not be much the president can do about it.  Keep in mind that the former Fox News host first mentioned this tape two months earlier, and yet it still remains unpublished.

My honest recommendation to O’Reilly would be to try his hardest to obtain a copy of the tape and then simply distribute the copy to conservative media.

The fact is that talk is cheap, and allegations come easy. It’s only surefire, indisputable evidence that’ll make any difference against the left’s ongoing war on our president.