Bellwether indicators are historical indicators of final election outcome. Since 1980 when a candidate wins these 19 counties he has won the election. 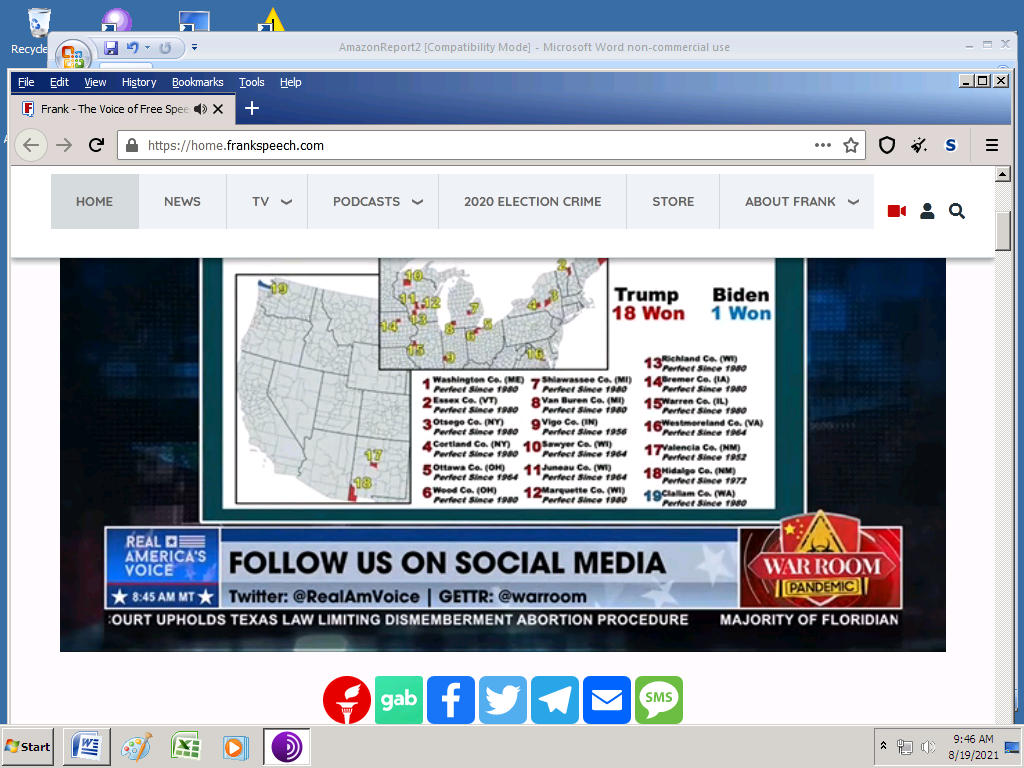 So one can easily see something is amiss here when Biden only wins one county. 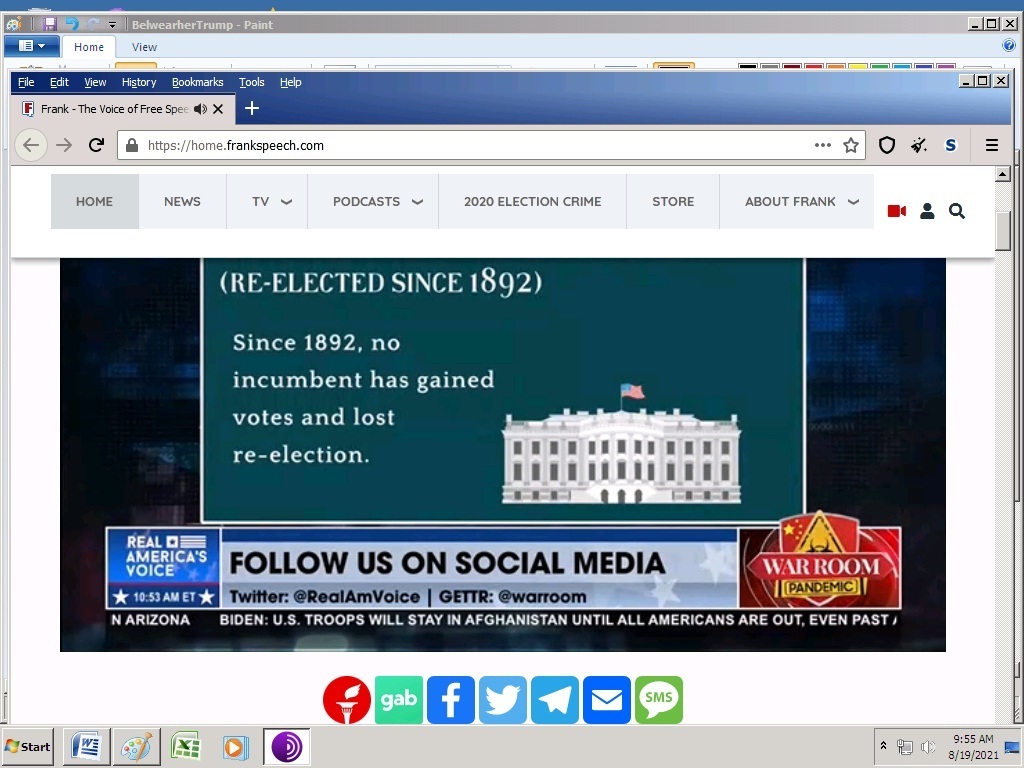 Leading up to the 2020 election Trump gained registered voters in the ratio of 20: 1 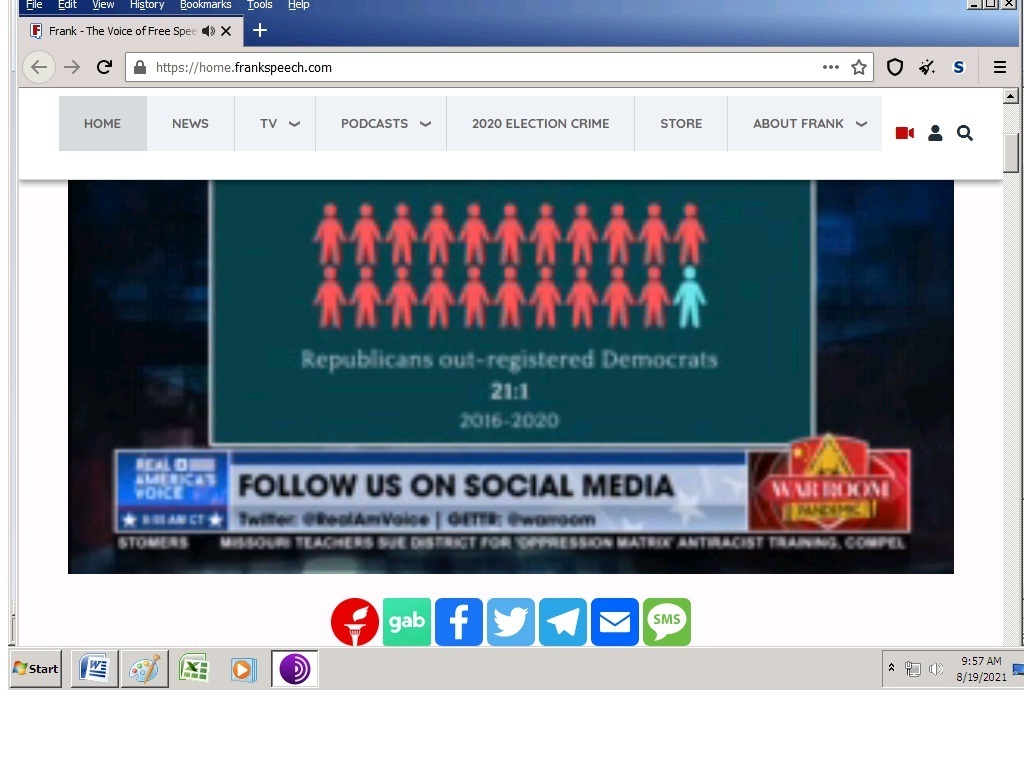 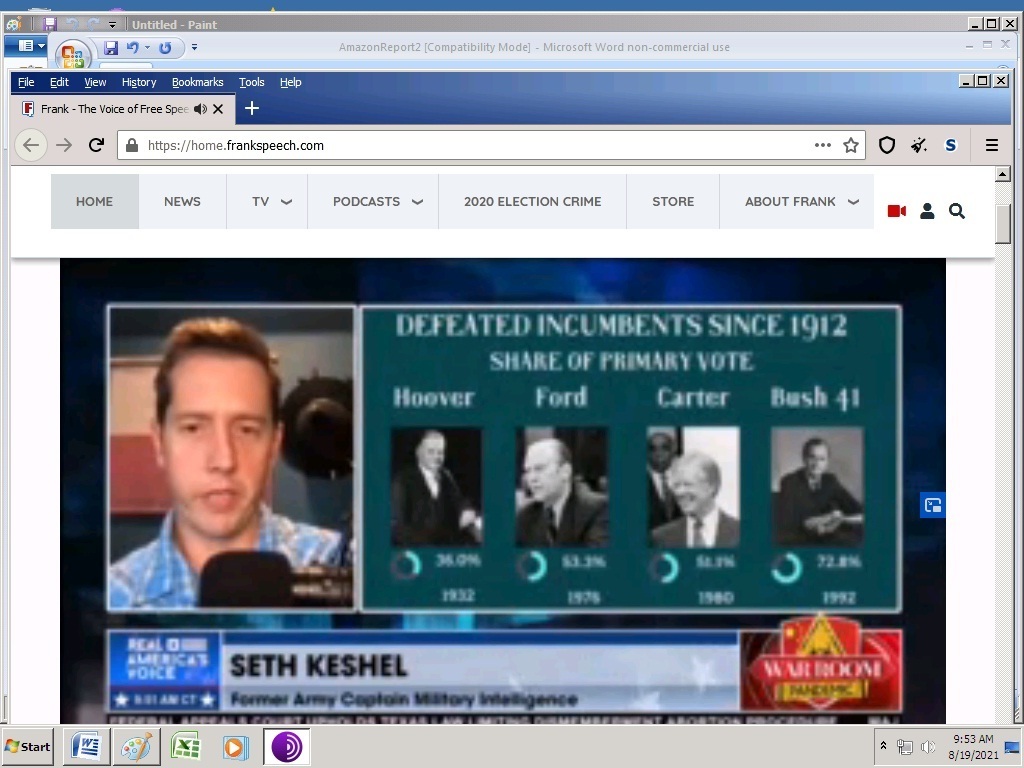 Trump received a whopping 94.0% of the primary vote and he loses? This alone is strong evidence of election chicanery..Combined with all the republican efforts to stop the forensic audits reinforces the notion of real fraud.

One of Mike Lindell's 'p-caps' showed that Trump won Arizona by some 270,000 votes. Remember this number when the totals are revealed from the AZ audit. It will be further evidence supporting the notion that the election was stolen.

CYBER SYMPOSIUM: Rep. Salmon – The Cyber Side of Election Integrity