Think about the worst thing a U.S. Senate candidate could say on a recorded conversation with a prison inmate. Whatever you thought of, the things Krystle Matthews said were worse and Project Veritas delivered the audio just two days before her runoff to represent Democrats as their U.S. Senate candidate in South Carolina.

“We need some secret sleepers,” she said. “Like you need them to run as the other side, even though they for our side. And we need them to win. We need people to run as Republicans in these local elections. This is the only way you’re gonna change the dynamics in South Carolina.”

BREAKING — New Project Veritas video shows Democrat candidate trying to recruit “sleepers” from prison inmates. In the clip she claims she’s “a n*gger at heart” but that she knows “when to turn it off and turn it on”. What the hell… 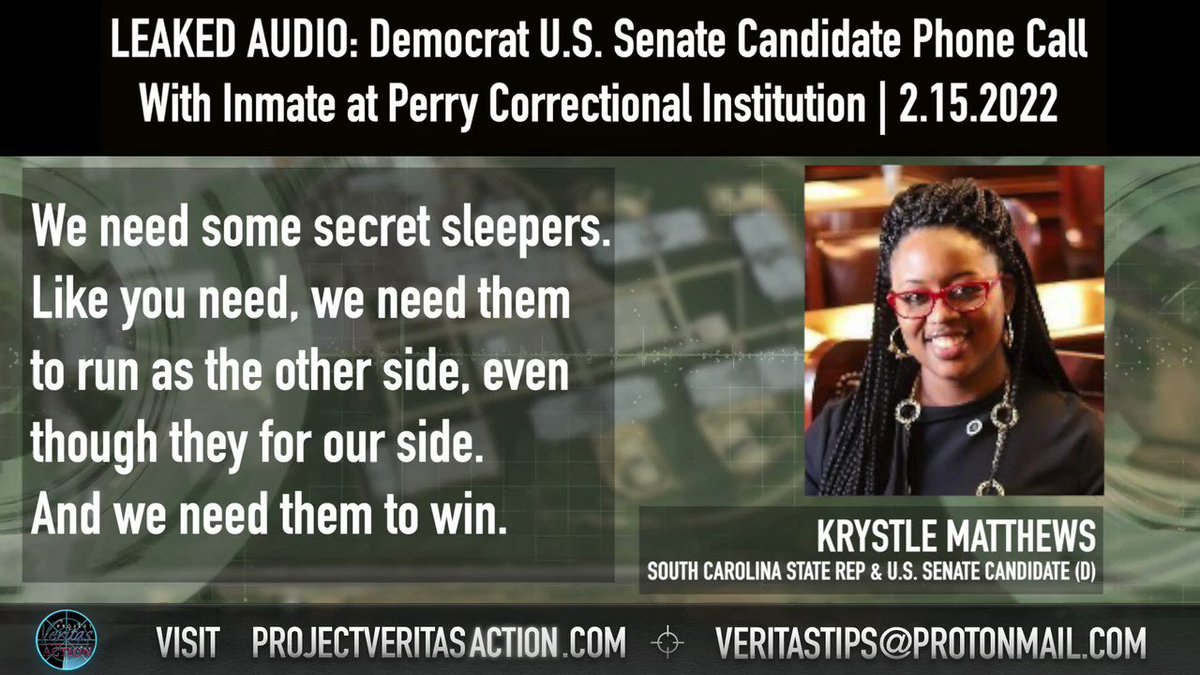 Read the full conversation on Twitter and Lissen to the audio here: https://thelibertydaily.com/project-veritas-exposes-democrat-u-s-senate-candidate-who-wanted-secret-sleepers-to-run-as-republicans/

The Gateway Pundit reported more of what she said:

Matthews complained about black people in South Carolina: “Honestly, these ain’t the same type of black people that I grew up around. I don’t recognize these black people.”