I had originally thought the groups were smaller, 80 people at a time, that’s a lot of people. This is the result of the Biden administration’s open invitation to illegal immigration. Welcome to utopia.

YOUR HELP IS VITAL: https://www.michaelyon-online.com/donations-new.htm

Michael Yon's Dispatches is an Opt-in only Newsletter.

Add us to your address book

Forward this email to a friend
Update your profile 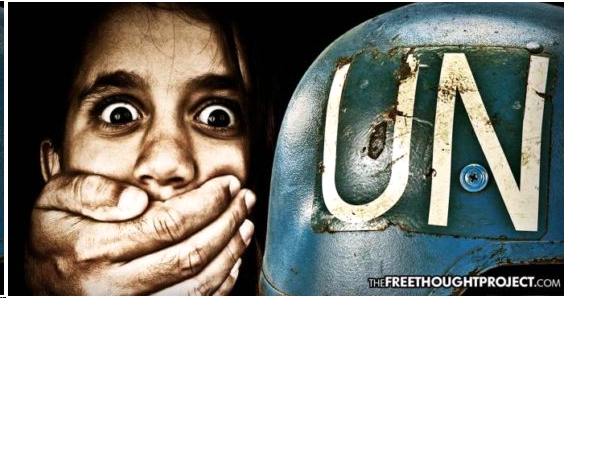 A deeply disturbing report has finally been released by the United Nations detailing the rampant sexual exploitation of children by UN employees that is widespread, throughout multiple countries.

While pieces of the report were released previously, the full report, detailing the scope and horrifying nature of the abuse was only just released in July.

As Disobedient Media points out in a scathing report,

The publication of a summary version of the report caused a global furor in 2002, eventually leading to some policy changes. However, these efforts have proven woefully insufficient in light of ongoing scandals, including but not limited to the recent Oxfam debacle, the Zoe’s Ark scandal, allegations of horrific sexual abuse in the Central African Republic by UN forces, and the Laura Silsby incident. All of these cases (and many others) occurred after the partial publication of the UNHCR report, pointing to one unsavory conclusion:

Aid work is not a vehicle of charity, but is, in a very real sense, a cover for atrocity. It is a weapon, a blunt instrument of power that is wielded to exploit the most vulnerable populations in crisis around the world. We can now state that sentiment as fact, not opinion.

The report reads like a nightmare and states in part:

“Agency workers from local and international NGOs as well as UN agencies are among the prime sexual exploiters of refugee children often using the very humanitarian assistance and services intended to benefit refugees as a tool of exploitation. Male national staff were reported to trade humanitarian commodities and services, including medication, oil, bulgur wheat, plastic sheeting, education courses, skills-training, school supplies etc., in exchange for sex with girls under 18. The practice appeared particularly pronounced in locations with significant and established aid programs.”

“There was compelling evidence of a chronic and entrenched pattern of this type of abuse in refugee camps in Guinea and Liberia in particular…The number of allegations documented, however, is a critical indicator of the scale of this problem as altogether 42 agencies and 67 individuals were implicated in this behavior…”

“Security and military forces including international and regional peacekeepers, national forces and police units are another significant category of exploiters. UN peacekeepers in Sierra Leone are alleged to be extensively involved in the sexual exploitation of children with the assessment team recording allegations against UNAMSIL peacekeepers from nine countries. Details of these allegations, which also require verification, have likewise been submitted to UNHCR.”

One would think that this 2002 report would have curtailed at least some of the abuse when a portion of it was publicly released at the time. However, that appears not to have happened. As TFTP reported earlier this year, an outright frightening dossier released by a former senior United Nations official revealed that United Nations employees have carried out over 60,000 rapes in just the last decade. What’s more, the dossier estimates that the organization currently employs at least 3,300 pedophiles.

In just ten years, under the guise of rendering aid, the United Nations has literally been raping and pillaging countries across the world. The problem has gotten so out of hand that it prompted the former UN insider, Andrew Macleod, to blow the whistle and hand over the evidence to Britain’s Department for International Development (DFID) Secretary Priti Patel.

According to the exclusive report by the Sun, the dossier reveals that on top of the 3,300 pedophiles working for the organization, thousands more “predatory” sex abusers specifically target aid charity jobs to get close to vulnerable women and children.

According to Macleod, anyone who’s attempted to blow the whistle on the horrifyingly rampant abuse is silenced and fired.

Sharing his dossier with The Sun, Prof MacLeod last night warned that the spiraling abuse scandal was on the same scale as the Catholic Church’s.

While the report reveals that there are 3,300 current employees who are active pedophiles on the UN’s payroll, Macleod estimates the real number to be far higher.

“There are tens of thousands of aid workers around the world with pedophile tendencies, but if you wear a UNICEF T-shirt nobody will ask what you’re up to.

“You have the impunity to do whatever you want.

“The system is at fault, and should have stopped this years ago.”

According to the report in the Sun:

Professor MacLeod worked as an aid boss for the UN all over the world, including high profile jobs in the Balkans, Rwanda and Pakistan – where he was chief of operations of the UN’s Emergency Coordination Centre.

He is campaigning for far tougher checks on aid workers in the field as well as the abusers among them to be brought to justice, and wants the UK to lead the fight.

The professor’s grim 60,000 figure is based on UN Secretary General Antonio Guterres’s admission last year that UN peacekeepers and civilian staff abused 311 victims in just one 12 month period over 2016.

The UN also admits that the likely true number of cases reported against its staff is double that, as figures outside of war zones are not centrally collated.

Prof MacLeod also estimates that only one in 10 of all rapes and assaults by UN staff are reported, as even in the UK the reporting rate is just 14 per cent.

Based on evidence from Prof MacLeod, ex-Cabinet minister Priti Patel – who resigned in November last year – this week accused senior officials at DFID of being part of the cover up.

“I know there were a lot of discussions at senior levels of the United Nations about ‘something must be done’ but nothing effective came of it, and if you look at the record of whistle blowers, they were fired,” he said.

“We are looking at a problem on the scale of the Catholic Church — if not bigger.”

As the Free Thought Project has been reporting for years, none of these predators are ever held liable, and as this report shows, only the ones who expose it are fired.

In a blow to victims of human trafficking worldwide, a massive child sex ring was exposed in Haiti {See DC PizzaGate: A Primer UPDATED 07/07/17 seemingly linked to the Clintons - ED

— involving international ‘peacekeepers’ with the United Nations as well as other high-level officials from around the world — and no one went to jail.

Matt Agorist is an honorably discharged veteran of the USMC and former intelligence operator directly tasked by the NSA. This prior experience gives him unique insight into the world of government corruption and the American police state. Agorist has been an independent journalist for over a decade and has been featured on mainstream networks around the world. Agorist is also the Editor at Large at the Free Thought Project. Follow @MattAgorist on Twitter, Steemit, and now on Facebook.

Delivered by The Daily Sheeple  We encourage you to share and republish our reports, analyses, breaking news and videos (Click for details