Claims because not "all" agents will be armed that it's not accurate.

Facebook has deployed one of its infamous ‘fact checkers’ to suggest that the completely accurate claim that the IRS is seeking to arm more agents to use deadly force was “partly false information.”

Earlier this month, an IRS job posting was uncovered that announced the agency was looking to hire people who are ready to kill.

The job ad listed one of the “major duties” of IRS agents to be able to “carry a firearm and be willing to use deadly force, if necessary.” 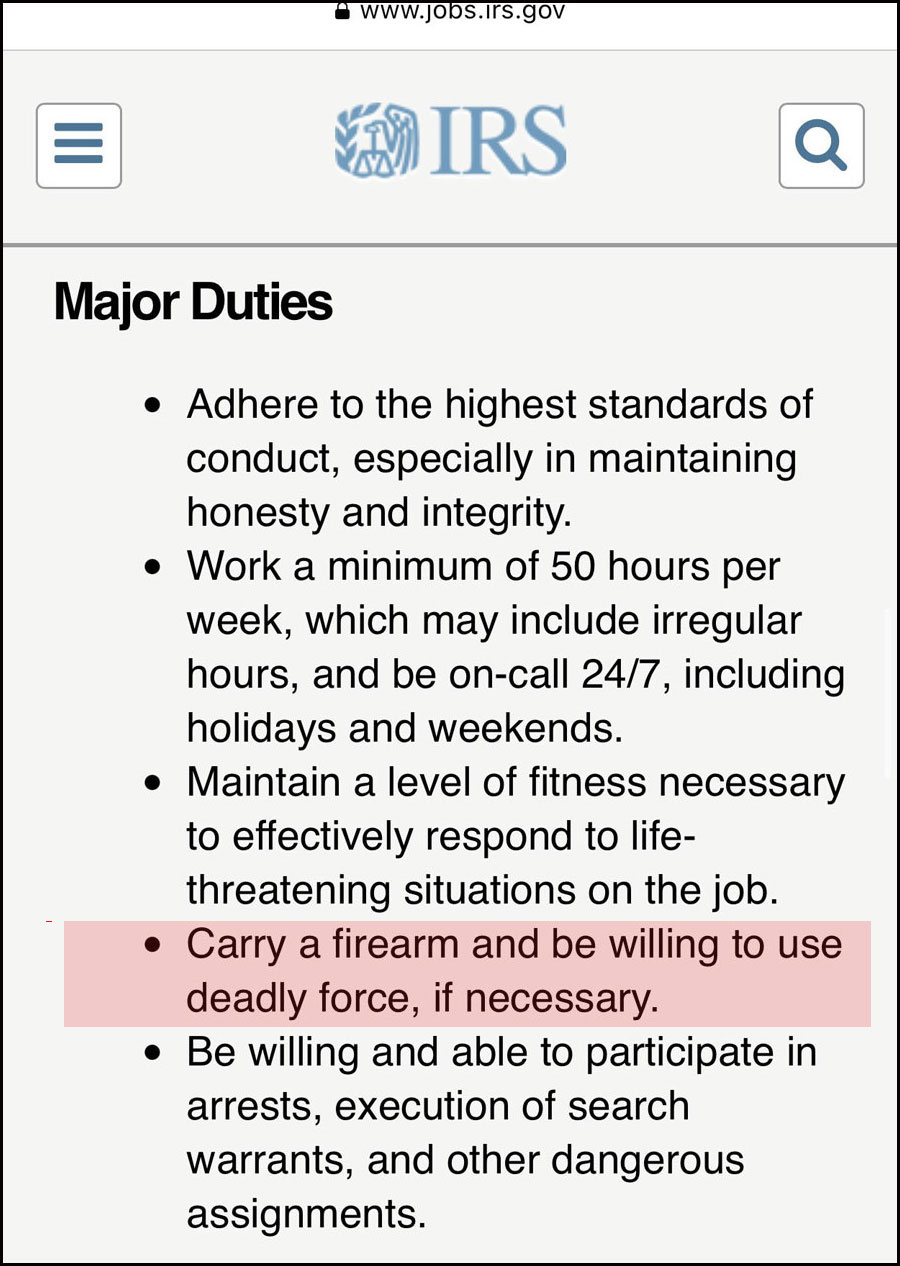 The IRS subsequently deleted the job posting after it stoked controversy, but then a 2021 IRS annual report also came to light which showed heavily armed agents simulating an assault on a suburban home as part of their training.

When the Heritage Foundation and Young Americans for Liberty (YAL) posted about the issue on Facebook, the Big Tech giant, relying on a ‘fact check’ carried out by Lead Stories, slapped a warning label on posts that said they constituted “partly false information.”

Fact checks have the effect of basically blacklisting content on Facebook, burying it in the algorithm and preventing large numbers of people from viewing the content.

‘Fact Check: IRS Is NOT Trying To Arm All Its Agents’ shouted the headline of the article by Lead Stories.

However, as Christina Maas notes, “The Heritage Foundation never said the IRS was arming all of its agents.”

“In its article, Lead Stories singles out pro-liberty youth organization Young Americans for Liberty (YAL). The youth group posted a screenshot of the original job posting, and wrote: “The IRS is hiring! The government wants its IRS agents armed and its citizens disarmed. We’ll let everyone just marinate on that for a second.”

“Lead Stories tried to make it look like YAL said the IRS is arming all of its employees. “Is the IRS trying to arm all its employees?” asked Lead Stories. “No, that’s not true: A job posting from the IRS Criminal Investigation unit, which carries firearms, does refer to carrying firearms.”

As ever, fact checkers pedantically select a piece of language that was used (or not even used at all in this case) which might be slightly exaggerated to then declare that the entire story is “false information,” when it isn’t, it’s overwhelmingly true information.

As we previously highlighted, fact checkers used by Facebook previously declared the Hunter Biden laptop story to be “Russian disinformation.”

We also reported on how 11 ‘fact checkers’ are demanding that YouTube censor more videos for “misinformation,” with one of the reasons being that no one is content produced by fact checker groups.

Back in June, USA Today, which is used as a ‘fact checker’ by social media platforms, was forced to delete 23 articles from its website after an investigation found one of its reporters had fabricated sources.