The mom that ran in and saved her kids after being handcuffed in Uvalde finally spoke out. There is a reason why I constantly argue that the primary elections might be even more important than the upcoming midterms. The Senate, including Republicans, passed legislation on Saturday night that would make things harder for gun owners and those attempting to obtain firearms.

In the middle of the night, the U.S. Senate passed the Violence Against Women Act Reauthorization Act of 2022 (VAWA). Some gun rights groups raised alarm bells when this act passed the U.S. House of Representatives last year with Republican support. At the time, Republicans like Dan Crenshaw said that the anti-gun provisions of the bill would be removed and accused Gun Owners of America (GOA) of fearmongering to fundraise.

Many of the GOP senators who vowed not to vote for the bill if it still included anti-gun provisions ended up supporting it. Sen. Cindy Hyde-Smith (R-MI) voted in favor of the measure, which is notable because she released a statement to Ammoland News vowing never to vote for such a proposal. Her office wrote:

Here is a full list of the Republican senators who voted for the bill:

If any of these lawmakers belong to you, it might be time to get on the phone or keyboard and let them know what you think. It may also be motivation to make sure you show up during the primary elections and help to send actual conservatives to Washington, D.C.

When you understand what is included in these provisions, you will understand why it is so important to call these people out. For starters, it includes the NICS Denial Notification Act. This would require federal authorities to refer those whose background checks are denied to state and local law enforcement when they attempt to purchase a firearm or obtain a license to carry. This would likely result in these agencies investigating the person who was denied regardless of evidence of wrongdoing. Given that most NICS denials are false, it is not difficult to see how this could be a problem. [This ISN't about curbing violence on women; It's an attack on gun ownership. You WILL be prosecuted for the 'thought crime' - of desiring a gun - ED]

Another part of the bill would allow the Bureau of Alcohol, Tobacco, Firearms, and Explosives (ATF) to deputize members of local law enforcement to do its dirty work. “This provision is a direct attack against states with Second Amendment Protection Acts (SAPA),” according to Ammoland News. These bills prohibit state and local law enforcement agencies from enforcing federal gun laws. With this provision, the ATF can essentially make local police officers into federal authorities, meaning they can get around SAPA laws.

Another provision would fund research on gun violence, which sounds nice, but is far more insidious than it appears. Ammoland News explains:

Research into gun violence has always been flawed in the past. Instead of using evidence-based science to come to a conclusion, the government has been caught using a predetermined result. The federal agency would decide on a conclusion they wanted first and work backward by using evidence to back up their opinion while ignoring evidence contradicting their stance. The practice was highlighted by whistleblower Dr. Miguel Faria whose testimony in front of Congress ended funding for gun violence research by the Center for Disease Control (CDC).
The fact that Republican senators would vote for such a proposal demonstrates one of two things: They don’t care what you think, or they didn’t think you would find out. This is a prime example showing how many so-called conservatives in Congress are willing to abandon their supposed principles for the sake of political expediency. Unfortunately, they will never stop until they are made to pay for their duplicity during primary season.

A 12-year-old boy grabbed a hunting rifle and shot dead an armed burglary suspect who broke into his family’s house in Louisiana and attacked his mother last week.

The violent home invasion unfolded at around 7,20am on June 30 in the 5800 block of Winchester Lane near Clinton, according to a news release from the East Feliciana Parish Sheriff's Office.

Brad LeBlanc, 32, was armed with a pistol when he encountered the female resident outside her house that morning. 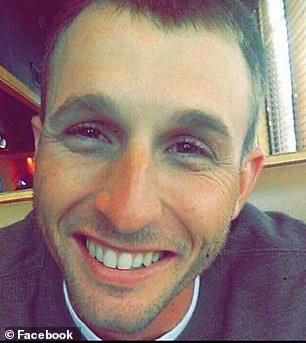 LeBlanc forced the woman inside, and a struggle ensued between them. Her son, who authorities have not named, feared for his mother’s life and shot LeBlanc with a hunting rifle, said Sheriff Jeffrey Travis.

The Vidalia man was pronounced dead at a hospital.

Travis said his office doesn’t have evidence at this time that would incriminate the boy and there are no plans to file charges against him, according to The Advocate.

The local district attorney will decide whether the shooting was justified when the sheriff’s office finishes its investigation.

I’m making a quick trip to the gun shop to pick up some supplies, need anything? 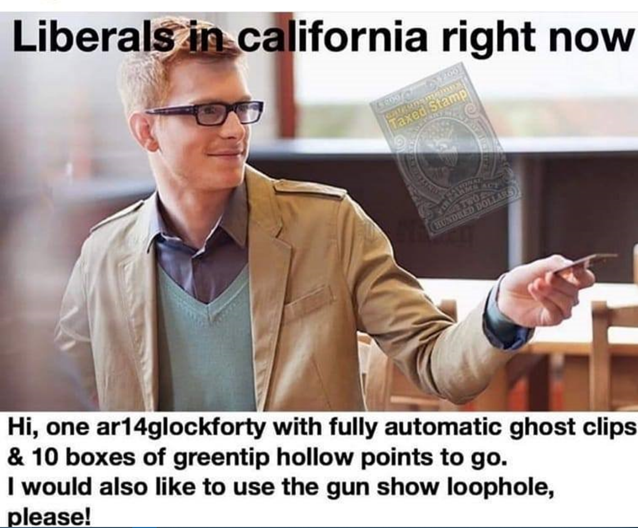