He then asked Rotering, “How much can we count on a good guy with a gun to stop  a mass shooter when the mass shooter has an AR-15-style ‘assault weapon’ that can empty a 30-round magazine in about as many seconds?” 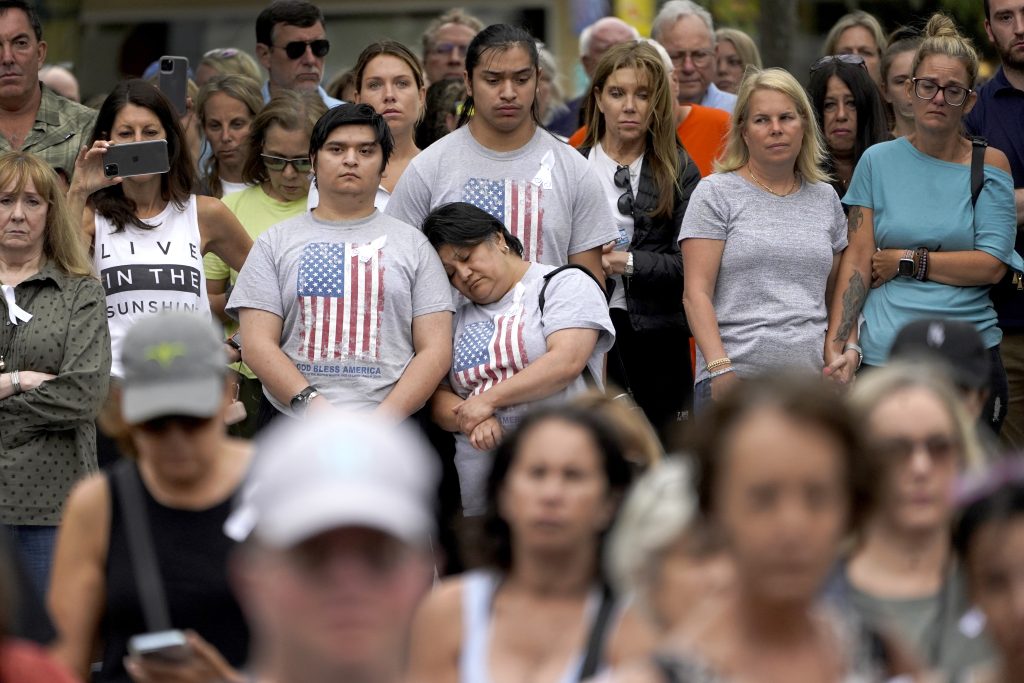 The Alvarez-Sanchez family, center, join local residents for a two-minute moment of silence at 10:14 a.m. at a memorial Monday, July 11, 2022, in Highland Park, Illinois, to the seven people who lost their lives during the town’s Fourth if July parade. (AP Photo/Charles Rex Arbogast)

Rotering responded, “A good guy with a gun would have had no impact on the shooter.” 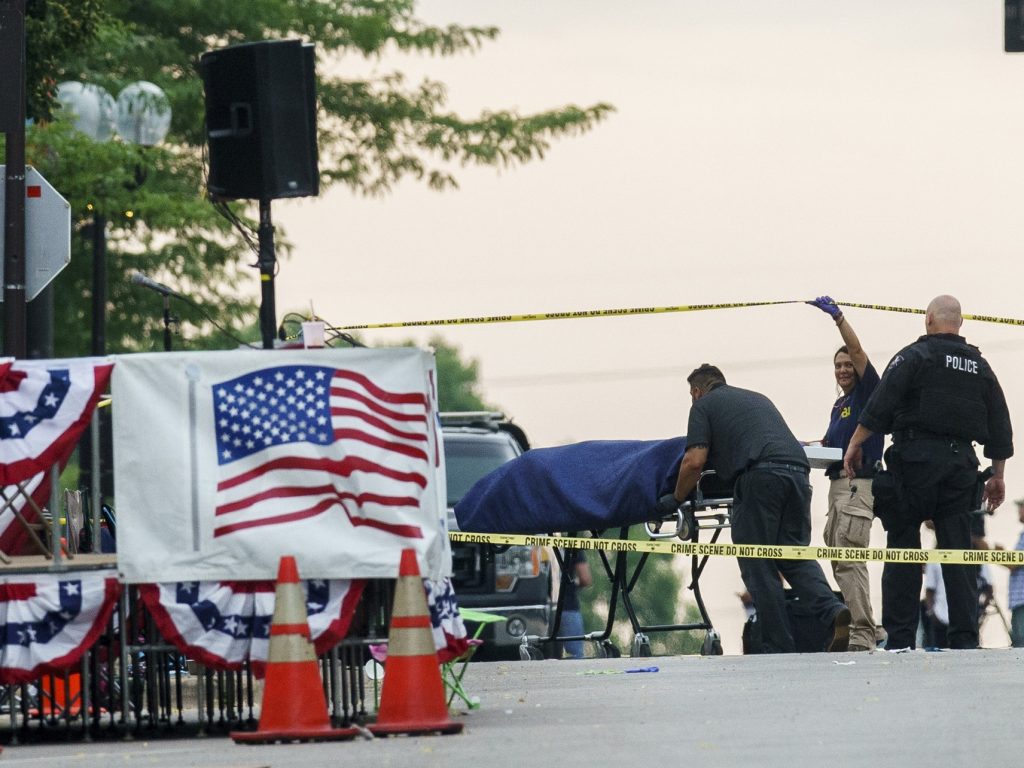 A body is transported from the scene of a mass shooting during the July 4th holiday weekend Monday, July 4, 2022, in Highland Park, Illinois. (Armando L. Sanchez/Chicago Tribune/Tribune News Service via Getty Images)

She went on to describe witness testimony of the sounds of bullets ricocheting and added, “And we had good guys on site who were trained, who got there within seconds, and it was just too hard to see where [the attacker] was.” 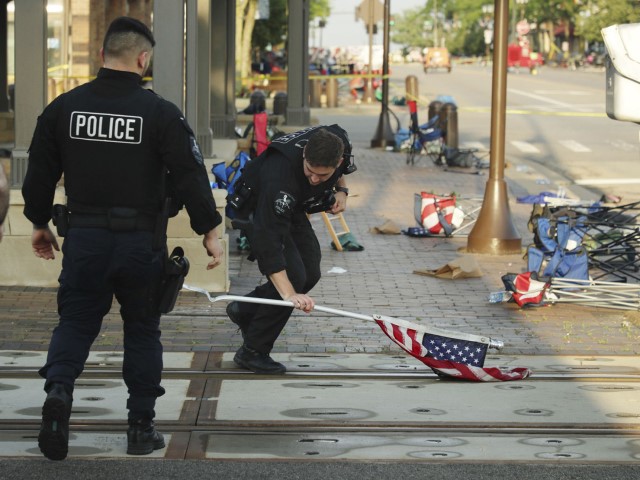 Rotering mentioned a rifle round’s effectiveness against certain types of body armor. then said, “I think the fact that we had less than a minute should tell anyone who thinks a good guy with a gun would have had an impact, the only thing you would have happened would have been more chaos, more carnage.”

On Sunday, an attacker with a rifle opened fire in Indiana’s Greenwood Park Mall and police noted that 22-year-old Elisjsha Dicken drew a handgun and “neutralized” the attacker in 15 seconds.

Dicken does not have any formal police or military firearm training. Rather, “he learned to shoot from his grandfather,” WTHR pointed out.

AWR Hawkins is an award-winning Second Amendment columnist for Breitbart News and the writer/curator of Down Range with AWR Hawkins, a weekly newsletter focused on all things Second Amendment, also for Breitbart News. He is the political analyst for Armed American Radio and a Turning Point USA Ambassador. Follow him on Instagram: @awr_hawkins. Reach him at awrhawkins@breitbart.com. You can sign up to get Down Range at breitbart.com/downrange.