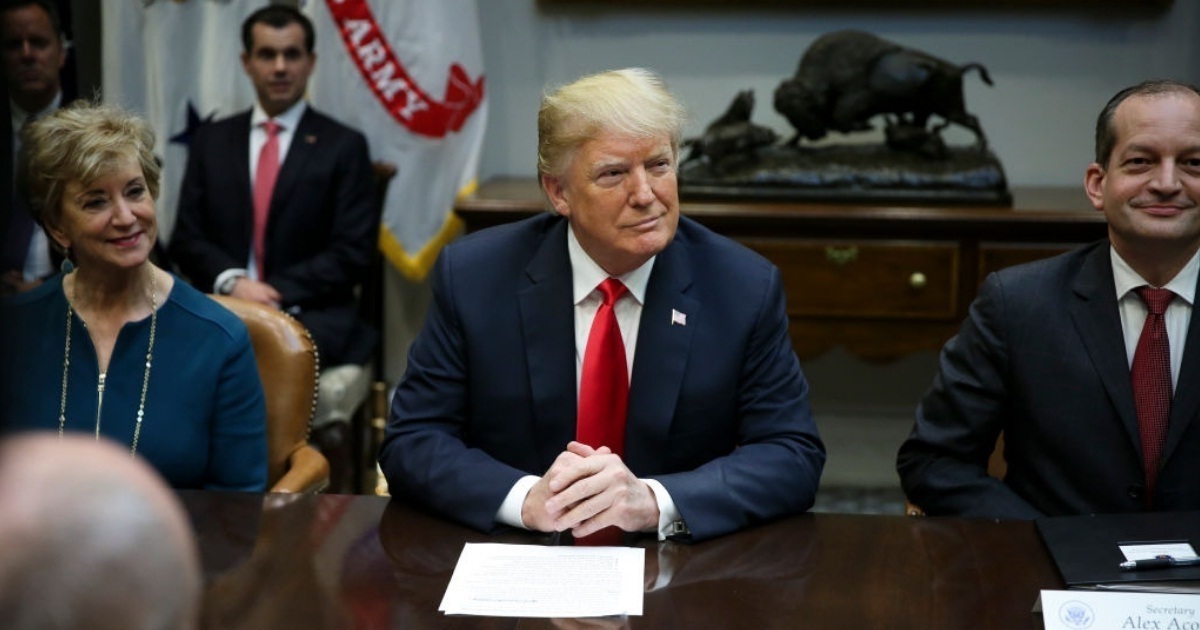 WASHINGTON, DC - SEPTEMBER 17: U.S. President Donald Trump participates in the inaugural meeting of the Presidents National Council for the American Worker in the Roosevelt Room of the White House on September 17, 2018 in Washington, DC. (Photo by Oliver Contreras - Pool/Getty Images)
by Randy DeSoto

President Donald Trump ordered the declassification of several documents and texts related to the FBI’s Russia investigation during the 2016 presidential election.

Included among the documents are the 21 pages of the FISA court application used by the FBI to obtain a warrant to surveil Trump campaign advisor Carter Page, White House press secretary Sarah Sanders said in a statement on Monday.

Sanders added that the president has also directed the release of all reports by the FBI of interviews with Justice Department official Bruce Ohr in relation to the Russia investigation. 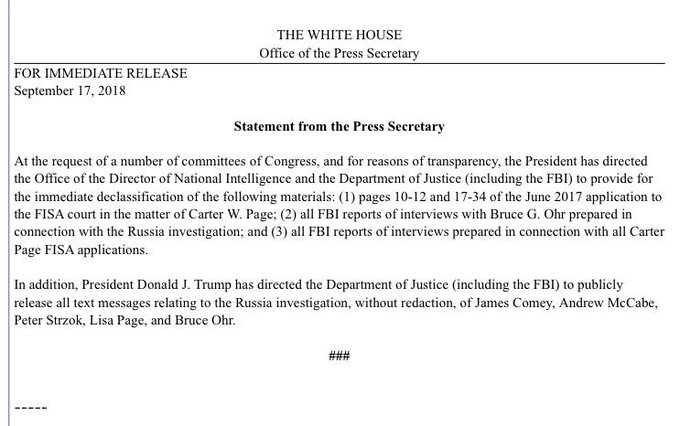 Trump further ordered the public release of all text messages concerning the Russia investigation, “without redaction,” from former FBI Director James Comey, former FBI Deputy Director Andrew McCabe, former FBI agent Peter Strzok, former FBI attorney Lisa Page, and Ohr.
The House Intelligence and House Oversight and Government Reform committees have both been seeking the unredacted FISA applications on Carter Page for months.
Fox News reported sources familiar with the matter do not know how soon the documents will be released, but the release covered “pretty much everything that (House Intelligence Committee Chairman Devin Nunes) wanted … and the text messages are a bonus.”
Nunes stated on FNC on Sunday, “If the president wants the American people to really understand just how broad and invasive this investigation has been to many Americans and how unfair it has been, he has no choice but to declassify” key documents.
House Majority Whip Steve Scalise praised Trump’s decision to release the FISA documents and text messages, tweeting, the president “made the right call. Americans deserve the truth about these egregious actions by government officials.”

“It’s time to get the full truth on the table so the American people can decide for themselves on what happened at the highest levels of their FBI and Justice Department,” he added.

“The DOJ and FBI have previously informed me that release of some of this information would cross a ‘red line,’” he wrote.

On Monday morning, Trump tweeted about a Fox News report concerning Lisa Page’s testimony before the House Intelligence Committee in July during which she stated the FBI had found no evidence of Russia collusion by May 2017, when special counsel Robert Mueller was named to take over the investigation.

“Therefore, the case should never have been allowed to be brought. It is a totally illegal Witch Hunt!” wrote the president.

In another tweet, he wrote, “Immediately after Comey’s firing Peter Strzok texted to his lover, Lisa Page ‘We need to Open the case we’ve been waiting on now while Andy (McCabe, also fired) is acting.”

“Page answered, ‘We need to lock in (redacted). In a formal chargeable way. Soon.’ Wow, a conspiracy caught?” Trump wondered. 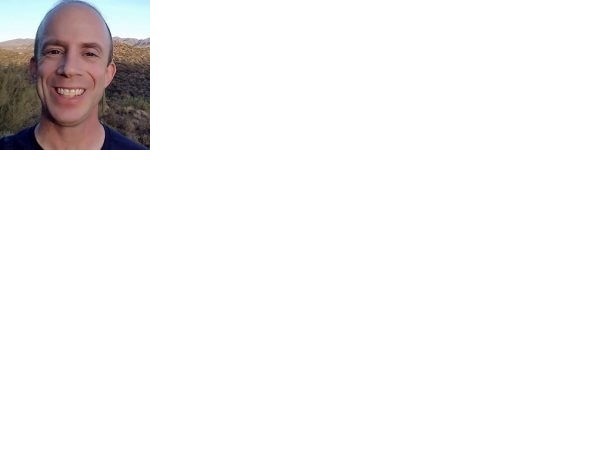 Randy DeSoto
Senior Staff Writer
Summary More Info Recent Posts
Randy DeSoto is a graduate of West Point and Regent University School of Law. He is the author of the book "We Hold These Truths" and screenwriter of the political documentary "I Want Your Money."
@RandyDeSoto