Eight years ago on September 11, 2001, a plane piloted by 33 year old Mohammed Atta, was the first to crash into the north tower of the World Trade Center. He was the ringleader of 19 Muslim extremists responsible for attacks on New York, Pennsylvania and Washington, DC. Three other hi-jacked aircraft were involved in the attack, a second hitting the south Tower of the trade center, one crashing into the Pentagon and another intended for the White House smashed into a Pennsylvania field, thanks to the heroic efforts of its passengers.

A few years after the suicide attack on the Twin Towers by this Islamist terror group, an amazing series of scenes, developed from folded U.S. currency, began to show up across the Internet.

A U.S. twenty dollar bill was folded in a manner that revealed the two burning towers set as the highest point among other buildings of a city, an interesting coincidence or an ancient warning? The same picture appears on either the old or the new 20-dollar bill but is more readily seen on the newer bill. 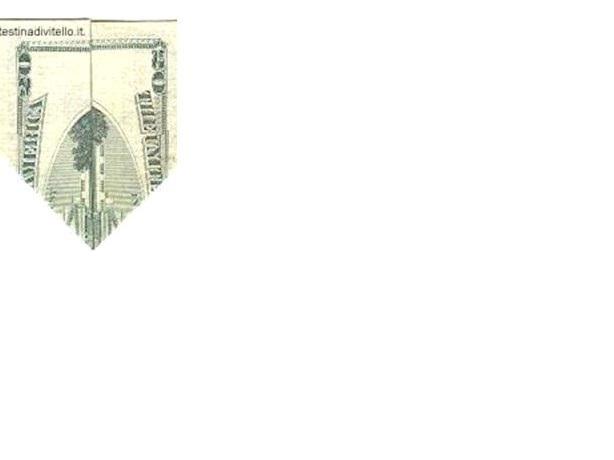 Photo: 2nd fold -The bill is folded into a simple triangular shape

The engraving detail of the $20 bill aligns to show two large plumes of smoke emanating from the twin towers.   Depending on the time sequence of the tower photos, the plumes depicted on the twenty align in an uncanny representation of the smoking disaster. 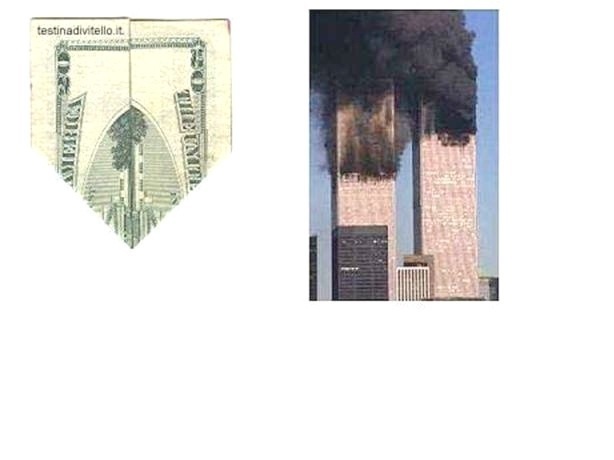 Photo: The representation of the smoke plume on the $20.00 bill to the towers (right) is uncanny....

In Isaiah 30:v25, the prophet Isaiah warned Israel, "And there shall be upon every high mountain, and upon every high hill, rivers and streams of waters in the day of the great slaughter, when the towers fall."

The Biblos reference interprets the words of the passage: "And there shall be upon every high gaboahh (gaw-bo'-ah) elevated (or elated), powerful, arrogant -- haughty, height, high(-er), lofty, proud, exceeding proudly."

The World Trade Center was certainly an indication of America's economic strength but its height was a symbol of her pride and arrogance.

The concordance suggests that the waters would be 'lifted up'. "and upon every high nasa' (naw-saw') to lift, in a great variety of applications, literal and figurative, absol. and rel." This necessarily includes the waters 'lifted up' on the tower in the Trade Center's potable water and sanitation systems. A sufficient condition to suggest a modern fulfillment of the prophecy.

Isaiah's prophecy does not fit the Assyrian or Babylonian sieges nor does it fit the destruction of Jerusalem in 70 AD by the Romans. "Against the protestations of Jeremiah, years later Zedekiah rebelled against Babylon (2nd Babylonian seige). This time the siege of Jerusalem by Nebuchadnezzar's armies lasted eighteen months, at which time the Babylonians broke through the walls-a day that is still commemorated in Judaism with a day of fasting and mourning."

Although the 70 AD Roman siege levels all of Jerusalem, it fails to meet the condition of rivers and streams of waters on every high hill. {12-21-09 Some translations say 'channels of water' that infers piping or ductwork, a condition only observed in modern times. - Ed} Additionally, the Tower defenders retreat underground during the battle: "After about three weeks of siege the third wall was breached by Roman forces, the Zealots immediately formed a new defense line around Herod's Palace, which was centered between three towers. When the Romans breached this line the soldiers in the towers fled underground.."

The Biblos continues: "in the day yowm (yome) a day (as the warm hours).." This portion of the passage predicts the Towers would fall during the daylight hours.

"of the great rab (rab) abundant (in quantity, size, age, number, rank, quality)" The 3000 lives lost when the Towers collapsed are not a great quantity by ancient standards but were nearly 600 more lives than those lost during the 1941 attack on Pearl Harbor. The Twin Towers held the cream of the crop of the financial world and additionally support the word's allusion to rank and quality.

"fall naphal (naw-fal') to fall, in a great variety of applications (intransitive or causative, literal or figurative)" Failure of the structural steel from thermal fatigue due to the burning jet fuel would cause the Towers to fall and fits the usage of this passage. 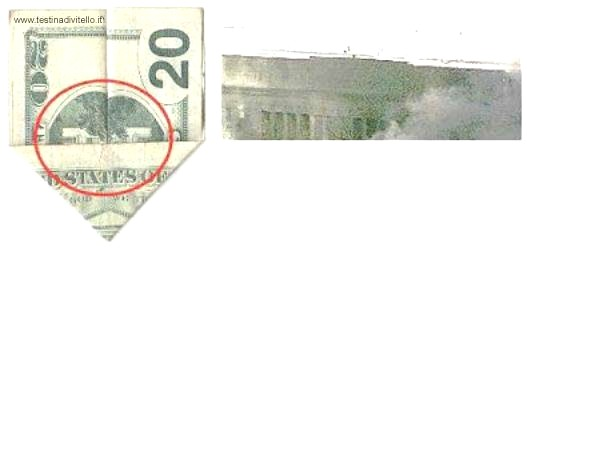 On the opposite side of the folded twenty is the burning Pentagon building.

The prophesy predicts more than one tower would fall during the warm daylight hours at a time when streams of water would inhabit the high hills, conditions which the twin towers of the World Trade Center fit quite well.

This is not a generic blessing, i.e. available to any and all that obey God or simply because they're Christian; otherwise Lebanon, a former Christian nation would not have been swallowed up by Islam.

The Jews also obey God, keeping Old Testament law and observing the biblical holy days. When have the Jews possessed the gates of their enemies? The sea gates of Gibraltar, the Suez and Panama canals, the Falklands, and the straits of Hormuz?

Although God has orchestrated the rebirth of Israel in May of 1948 in fulfillment of the Ezekiel 38 {Correction 10-24-09 - Ezekiel 37 - Ed.} prophesy and ensured the survival of the nation in military victory after victory. ".. and his horns are like the horns of unicorns with them he shall push the people together to the ends of the earth; and they are the ten thousands of Ephraim and the thousands of Manasseh" - Deut 33:17 Nevertheless, the Jews do not have an unbroken line of success nor the great material wealth promised to Abraham's seed.

"Because of its combination of agricultural and mineral wealth, America was destined to lead the world in per capita wealth. Whether in grain or cattle or in its coal iron and petroleum production, America has had matchless bounty." - Tomorrow's World - 'United States and Britain in prophesy', p36.

God's promise to Abraham was passed down through Isaac to Jacob and to Joseph's two sons Ephraim and Manasseh. In Genesis 35:11, God tells Abraham that "..a nation and a company of nations shall be of thee.." In Genesis 48:19, Jacob passes the blessing onto Joseph's two sons with ascendancy given to Ephraim: "..but truly his younger brother shall be greater than he, and his seed shall become a multitude of nations." 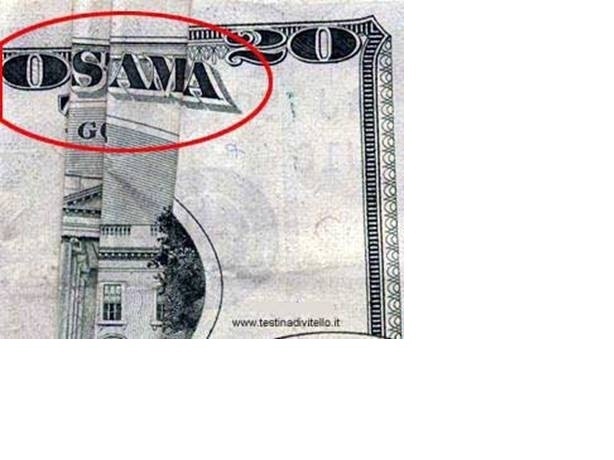 Photo: The name of the Terrorist mastermind - Osama Bin Laden

Jacob had four wives. Joseph is the elder son of Rachel while the Jews descend from Leah, her sister. So clearly God's blessing has been passed on to 'non-Jews' but yet the inheritors remain the seed of Abraham.

In Gen 27:29, we find that only two nations fit the biblical prophesy: "Let people serve thee, and nations bow down to thee: be lord over thy brethren.." Only America and Britain satisfy the necessary boundary conditions spelled out in God's complete promise to Abraham.

For the skeptics, what do you suppose the statistical probability is that any piece of paper in general circulation, engraved and printed decades before '9-11' could be folded into a series of depictions of a real event that shows three of the four actual targets and the name of the mastermind who planned it, as mere happenstance?

"..for I am God and there is non else...Declaring the end from the beginning and from ancient times the things that are not not yet done.." - Isaiah 46:9,10

God warns Jacob's sons in Leviticus 26, v15-16: "And if ye shall despise my statutes, or if your soul abhor my judgments, so that ye will not do all my commandments, but that ye break my covenant: I also will do this unto you; I will even appoint over you terror.."

The hidden message on the $20 dollar bill affirms the warning from a benevolent God to the wayward and disobedient sons of Joseph and suggests the beginning of Jacob's trouble.

"Therefore thou shalt love the Lord thy God, and keep his charge, and his statues, and his judgements and his commandments, alway." - Deut 11:1.