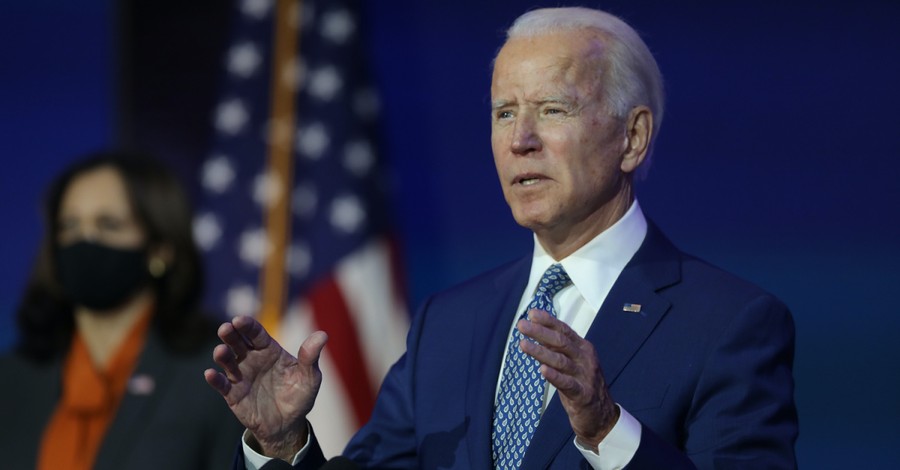 President Biden has banned the term “Illegal alien” when the Customs and Border Protection agency deals with people attempting to enter our country illegally. In an effort to sound noble, compassionate, and enlightened, the Linguist in Chief’s acting CBP Commissioner, Troy Miller, said, “We enforce our nation’s laws while also maintaining the dignity of every individual with whom we interact.” He adds, “The words we use matter and will serve to further confer that dignity to those in our custody.”

Isn’t this special. I wish I could just ignore this but it’s a little hard to do. We just watched military leadership work against Trump for four years and now they embrace this administration’s Marxist agenda. What’s next?

The biggest election fraud of all

How angry, entitled and shockingly dishonest 'journalists' are destroying America

With time rapidly running out for the Trump legal team to challenge the rampant election fraud that has characterized the most corrupt presidential contest of our lifetimes, it’s easy to lose sight of the other massive fraud that preceded, encouraged, enabled and excused the freakshow election Americans are being forced to endure.

And that’s the massive fraud that has been perpetrated by the American “news media,” which in reality is almost entirely a Pravda-type propaganda ministry for the Biden-Harris campaign.

That’s right. Pravda is a perfect descriptor for the American “news media.” Remember the famous joke in the dark days of the former Soviet Union? “There is no truth in Pravda and no news in Izvestia” – Pravda meaning “truth” and Izvestia meaning “news.”

The sole purpose of those two giant propaganda mills disguised as journalism organizations was to guard, protect, lie for and defend at all costs the corrupt, elite ruling class in charge of the 20th century’s most destructive totalitarian regime.

Ironically, here in America – the nation that, under Ronald Reagan, defeated the Soviet Union – in 2020 virtually the entire “mainstream media” serves precisely the same purpose as Pravda and Izvestia once did: To protect, defend, and lie day in and day out to preserve this nation’s corrupt, elite ruling class. That includes the newly radicalized Democratic Party, the permanent government bureaucracy called the “deep state,” and even today’s often-violent neo-Marxist political and cultural juggernaut obsessed with tearing down and transforming what they all condemn as an unjust, immoral and racist country.

Thus, the hallmark of America’s establishment media has become an unwavering commitment to the increasingly radical progressive-left narrative – as diametrically opposed to truth – on every issue.
That means a refusal to report monumentally consequential news if doing so would undermine the left’s favored narrative. It means the total abandonment of basic fairness, evenhandedness and honesty in news coverage. And it means the demonization of everyone and everything that doesn’t support their progressive worldview – especially its all-out, four-year war on President Donald Trump.

Let’s quickly review a few of the main battlegrounds:

* Millions of Americans wonder aloud how it’s even possible that someone like Joe Biden – who not only is obviously disintegrating mentally, is wrong on virtually every issue, and lies continually, but also, as recent but largely suppressed evidence proves, is one of the most spectacularly corrupt politicians in modern American history – could become the Democratic Party’s presidential candidate, let alone become leader of the free world.

* Likewise with regard to his vice-presidential candidate, Kamala Harris, who will soon become president if the Biden ticket ultimately wins, as Biden inevitably fades further and fails. In addition to being the most leftwing member of the U.S. Senate, as the nonpartisan GovTrack.us determined in 2019, Harris has also proven to be one of the most thoroughly unlikable, abrasive, condescending, greedy, grasping, shallow and insincere candidates in a generation.

* Many Americans who don’t pay much attention to politics rely on the candidate debates held during the election season’s homestretch to help them with their voting decisions. So, how is it that the journalist-moderators always side with the Democrat while attempting to trip up and defame the Republican? When Kamala Harris insisted during the vice-presidential debate that both she and Joe Biden favor oil and gas fracking – even though multiple current videos show them both swearing up and down that they will completely abolish it – she somehow mysteriously got away with telling a giant lie, one of many, to millions of American voters. Throughout the campaign, Joe Biden was regularly served up tenderly prepared non-confrontational questions such as one might pose to a child, never challenged with a real question about either his dismal record or his astonishing corruption. Donald Trump, meanwhile, was repeatedly hammered with defamatory accusations disguised as questions (Will you finally, tonight, denounce “white supremacy?”) Indeed, the sitting president of the United States, who rescued the nation’s economy and destroyed ISIS, has since early 2016 been repeatedly compared by major U.S. news organizations to genocidal monster Adolf Hitler.