Posts tagged with
By Bryan Preston 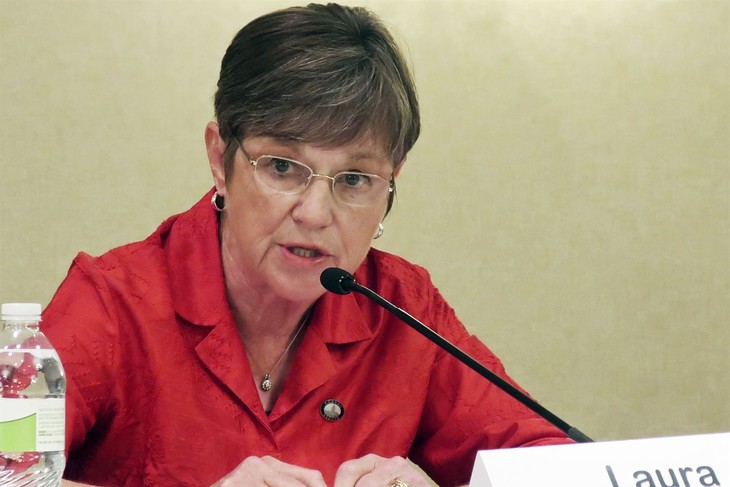 In the span of a month we’ve come full circle on election reforms — actual reforms, not the Democrats’ monstrosity that’s merely advertised as such. That unconstitutional power grab is going nowhere.

Kansas’ legislature has just overridden its governor’s veto and put into law a set of election reforms similar to those that just weeks ago Joe Biden declared were “Jim Crow on steroids.”

Biden would know these laws are nothing like Jim Crow, if he still had all his mental faculties, because he was around for Jim Crow. Biden happily cavorted with segregationist Democrats when it suited him. And Jim Crow was a Democrat policy.

Joe Biden is on a rampage against gun owners -– hoping to use executive orders and legislation to crush our freedoms. Missouri needs the Second Amendment Preservation Act NOW! The bill (H.B. 85) passed the House over two months ago, but it’s languishing in the Senate.

Dave Schatz-Missouri Senate President ( https://www.senate.mo.gov/mem26/ ) is solely responsible for  holding our 2nd Amendment Rights hostage, Senator Schatz refuses to bring the Second Amendment Preservation Act (SAPA) to the floor for vote unless he gets his ‘gasoline tax passed’.To learn more about SAPA, why it’s being held up in the Senate, and how you can help us put pressure on your State Senator, Watch our video report on who’s blocking the SAPA law here.

It’s more important to charge every citizen in the state more for a gallon of gas then it is to protect the integrity of our Bill of Rights. First and foremost it is to protect our second amendment right to keep and bear arms.


Watch the video below from the Missouri Firearms Coalition for more details and take action, it’s up to We The People, the citizens to protect our freedoms. The politicians will not act if we don’t.

WATCH THE VIDEO below, it’s enough to anger any and all citizens to see yet another power play by arrogant politicians that make worthless promises and then play us for fools.

HB 85 - Passed the house, passed the Senate committee and has now been setting on Schatz’s desk, for over twelve weeks, waiting for ‘senate floor action’. Senator Dave Schatz needs to understand which side of the counter his RINO ass is standing on. We the people are fed up with promises, we want action on the Second Amendment Preservation Act now.

Call you own State Senator and ask them what ‘they’ are doing to get Schatz moving. And if the answer is nothing then ask them why not?

Call his office and tell, not ask, tell him to get off his RINO butt and bring the Second Amendment Preservation Act to the Senate Floor for Action.

Share this video so gun owners across the state know who is attacking their freedoms in Jeff City!

As you just learned, passing SAPA legislation is the most effective way for gun owners here in Missouri to defang Joe Biden and his war on guns -- but it’s being held up by Senate President Dave Schatz!

Then take action, using the links above, to help us put pressure on the Iowa House to advance SAPA legislation yet this session!

The Battle of Athens

THIS IS A TRUE STORY --
Is it true that history repeats it’s self?
Many are completely unaware of this event that took place in Athens,TN in 1946.
Many did not know an armed revolt on American soil by WWII veterans ever took place during our lifetime. A very sobering video to say the least.
Now the second amendment should be a little clearer to everyone. Thismovie lasts less than four minutes and is well worth the time. The production wasold fashioned, but it tells a true story.
Of course, the returning soldiers were from the greatest generation. They didn’tunderstand “woke”, “toxic masculinity”, “culture appropriation” and political correctness.all the other modern perverted drama-queen foolishness of today.

1946, again in 2020 …… “Déjà vu, all over again” !!
This incident actually happened in 1946 in the USA.  Look it up if you don’t believe it.
http://voxvocispublicus.homestead.com/Battle-of-Athens.html
Many are completely unaware of this event that took place in Athens,
TN in 1946.
Many did not know an armed revolt on American soil by WWII veterans ever took
place during our lifetime. A very sobering video to say the least.
Now the second amendment should be a little clearer to everyone. This
movie lasts
less than four minutes and is well worth the time. The production was
old fashioned,
but it tells a true story.
Of course, the returning soldiers were from the greatest generation. They didn’t
understand “woke”, “toxic masculinity”, “culture appropriation” and
all the other
modern perverted drama-queen foolishness, and other  nonsense of today.

Think there might be a few people buying Ammo? And this is just one company.
https://www.tacticalshit.com/arizona-ammunition-maker-facing-80-million-in-back-orders/?utm_source=Mailer-%20Jcon&utm_medium=email&utm_content=subscriber_id:14553047&utm_campaign=TS%2010-2%20180day%20%23MN180