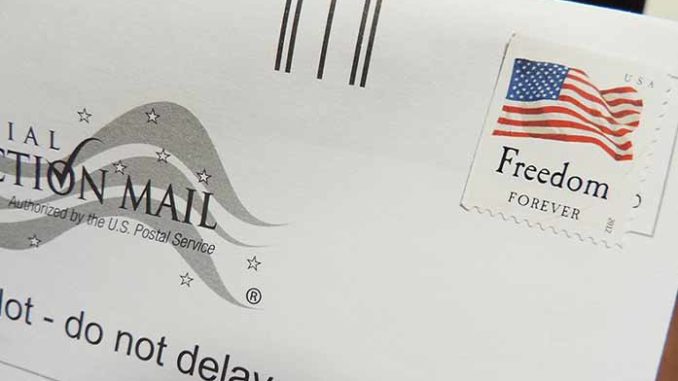 One of two Yuma County [Arizona] women accused of taking part in ballot harvesting during the 2020 Primary Election has pleaded guilty to her role in the scheme which was exposed by two concerned citizens who set up a video camera near a polling station.

Alma Yadira Juarez admitted to committing one count of ballot abuse by knowingly collecting early ballots which had been filled out by other people. The offense has been designated as a Class 1 misdemeanor for which Juarez is promised a term of probation with no jail time when sentenced March 16.


The charges against the women came about after two Yuma men -Gary Snyder and David Lara- set up a hidden camera to in hopes of uncovering ballot abuse long suspected to be occurring in their county. Video evidence Snyder and Lara turned over to the Yuma County Sheriff’s Office was forwarded by local officials to the Arizona Attorney General’s Office.

During Juarez’s change of plea hearing, Judge Roger Nelson of the Yuma County Superior Court was presented with a factual basis for the offense. It included Juarez’s admission that she was given the ballots by Fuentes, 65.

The plea deal stipulates that Juarez will not face additional charges stemming from other election misconduct investigations by the sheriff’s office or the attorney general’s office. The agreement also prohibits Juarez from seeking election to any public office while on probation.

Fuentes, meanwhile, is set to be back in court on March 10 for a pretrial status conference. The cases against both women are being prosecuted by Todd Lawson of the Arizona Attorney General’s Office.