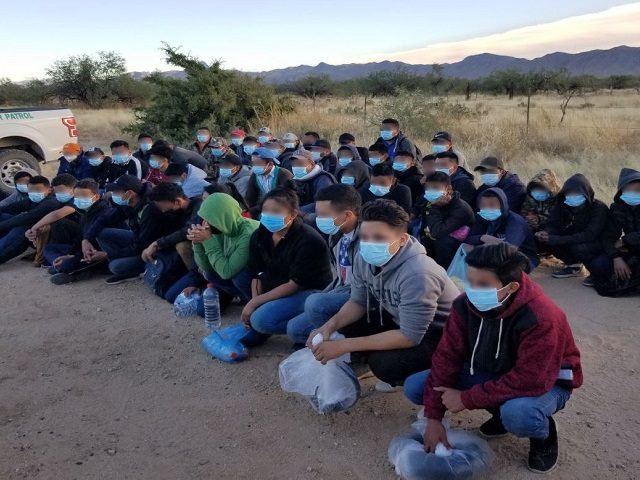 A Texas federal judge on Friday ordered President Joe Biden to stop the mass release of illegal migrant children crossing the southern border into the country.

Judge Mark Pittman’s order prevents Biden from exempting minor migrants from Title 42. Title 42 is an immigration policy implemented by former President Donald Trump that allows U.S. immigration officials to expel immediately migrants who come to the southern border. Title 42 was implemented in the wake of the coronavirus pandemic.

Since the policy’s start in March 2020, the federal government has expelled more than 1.6 million migrants.

Biden previously declined to expel unaccompanied minor children under Title 42. Instead, he allowed the young migrants to enter the country, where they would be placed under the U.S. Department of Health and Human Services’ supervision. From there, they would be placed with sponsors in the United States, who are typically family members.

Pittman explained that the “ramifications” Texas deals with include strains on the state’s public school system and medical resources, and increased incarceration.

A record number of more than 122,000 unaccompanied minors arrived at the southern border during the fiscal year 2021.

America First Legal, led by former Trump adviser Stephen Miller, served as outside counsel for Texas as part of the lawsuit. Miller called the decision “a truly historic victory.”

In a statement, Miller said:

We are honored beyond words to have partnered with Attorney General Ken Paxton and the State of Texas in our landmark lawsuit against the Biden Administration’s egregious decision to except ALL illegal alien minors traveling without adults (UAC) from Title 42—and to have just obtained a preliminary injunction. Biden’s decision to except UAC from Title 42, and instead mass resettle them in the United States, has led to the largest wave of criminal child smuggling in human history–and the flood of illegal alien teens and minors has drained the resources of our schools, hospitals, and communities while creating a new unimpeded recruiting pipeline for MS-13. This preliminary injunction orders the Biden Administration to halt their order categorically excepting unaccompanied alien minors from Title 42 repatriation. This is a truly historic victory, but we have a long, long, long way to go to end the Administration’s crusade to eradicate our sovereignty.

Friday’s decision is Texas’s latest successful effort to prevent Biden from implementing his radical immigration agenda. Texas previously stopped a 100-day deportation moratorium from being enforced last February. Additionally, the state got a federal judge to order Biden to continue Trump’s “Remain in Mexico” policy, where asylum seekers are returned to Mexico to wait for their hearings.