out destroying anything that reflects upon our past history?

Well this is certainly another look and opinion per the Civil War,Slavery, and it's history.

A Tale of Two Monuments 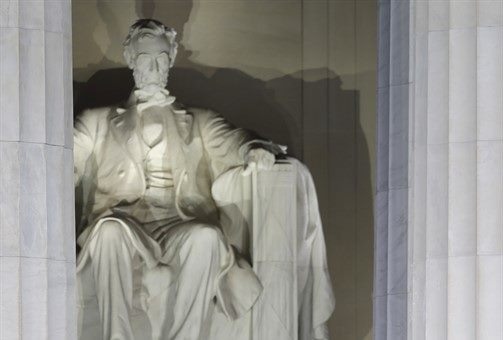 Virginia Governor Ralph Northam has ordered the removal of the monument to Robert E. Lee on Monument Avenue in Richmond. The social and political significance of this is different from what many (perhaps most) Americans, educated in our politically correct government schools, think it will be. Let’s compare the meaning of the Lee monument to its most famous counterpart, the Lincoln Memorial.
The Lee monument means different things to different people, but history is history, and one thing the monument stands for is the act of defiance against the central state that occurred when the Southern states seceded from the union. Nineteenth-century Southerners were the only group in American history to ever seriously defy what they believed to be unconstitutional dictates of Washington, D.C. They took seriously the Jeffersonian dictum in the Declaration of Independence that governments derive their just powers from the consent of the governed, and whenever government fails, in their opinion, to promote their happiness, they have a duty to abolish that government and replace it with a new one. The U.S. government responded to Southern defiance by waging total war on the entire Southern population, which led to the death of one-fourth of the adult male population and some 50,000 civilians according to historian James McPherson.
Past generations of Southerners revered Robert E. Lee because he successfully defended Richmond for three years from the kind of looting and burning that occurred in Atlanta, Columbia, and many other Southern cities and towns. In his book, What They Fought For: 1861–1865, James McPherson concluded that the typical Confederate soldier believed he was fighting against an invading army that would loot and burn his town and threaten his family and friends; the typical Union Army solder thought he was fighting for “the flag” and “the Union.”
The Lincoln Memorial is a monument honoring the government’s waging of total war against its own citizens to prevent acts of defiance and to deter them in the future. As H. L. Mencken remarked in a critique of the Gettysburg Address, it was Southerners who were fighting for the consent of the governed; the North was fighting against it.
Lincoln did not invade the South to free the slaves. Both President Lincoln and the U.S. Congress informed the world in 1861 that the war had nothing to do with slavery. In his first inaugural address, Lincoln declared, “I have no purpose, directly or indirectly, to interfere with the institution of slavery in the States where it exists.” In the same address, he also pledged his support for a constitutional amendment—the Corwin Amendment—that would have prohibited the federal government from ever interfering with slavery. It read: “No amendment shall be made to the Constitution which will authorize or give to Congress the power to abolish or interfere, within any State, with the domestic institutions thereof, including that of persons held to labor or service by the laws of said state.” It had already passed the Republican-controlled House and Senate and was ratified by Illinois, Ohio, Rhode Island, Maryland, and Kentucky.
The July 25, 1861, Crittenden–Johnson Resolution, also known as the “War Aims Resolution,” was issued by the House and Senate and declared that “this war is not waged on our part” for any “purpose of overthrowing or interfering with the rights or established institutions of the States,” by which they meant slavery. The official purpose of the war was to “save the union” by forcing the Southern states back into it at gunpoint and, most importantly to Lincoln, restoring their federal tax collections (mostly tariffs). In other words, its purpose was to destroy, not save, the voluntary union of the founders and replace it with a coerced union held together by violence.
The Lincoln Memorial celebrates this, above all else, as explained by a National Park Service publication entitled “Secret Symbol of the Lincoln Memorial” by Nathan King. The “true meaning” of the Memorial is represented by a “ubiquitous symbol” that is all over it. That symbol is the “fasces,” a “bundle of rods bound together by a leather thong.” The fasces (where the word “fascism” comes from) were used by Roman emperors as a “symbol of power and authority,” according to this U.S. government publication.
The rods of the fasces “suggest punishment by beating” and the axe “suggests beheading” of those who disobey the emperor’s orders. “Power, strength, authority [of government], and justice” are what the fasces mean. They represent “the power and authority of the state over the citizens.” Lest Americans be repulsed by such authoritarian and, well, fascist language, the article contends that the fasces were “Americanized” by placing an eagle above them all around the Lincoln Memorial.
So, according to the U.S. government, the “true meaning” of the Lincoln Memorial is essentially that the American people are no longer the masters but rather the servants of their own government. Government’s “just powers” are no longer dependent upon the consent of the governed, but on the opinions of the federal government itself, primarily through its own Supreme Court.
The one unequivocal good that came from Lincoln’s war was, of course, the ending of slavery in 1866 with the Thirteenth Amendment, although Lincoln’s role in passing the amendment has been exaggerated by historians according to Pulitzer Prize–winning Lincoln biographer David Donald. Lincoln’s biggest failure, however, was that the U.S. government did not end slavery the way all other governments of the world (including the northern states in the U.S.) did in the nineteenth century: peacefully. Only in America was there a war that caused hundreds of thousands of deaths associated with the ending of slavery. Following the British model, the North’s financial cost of the war alone would have been enough to purchase the freedom of all the slaves and end the evil institution once and for all, according to historian Jeffrey Hummel.
...................................
*Dr. Thomas DiLorenzo is the author of The Problem with Lincoln (Regnery History; July 2020) and The Problem with Socialism and is a senior fellow of the Ludwig von Mises Institute.