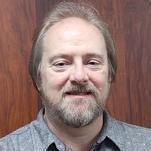 People caught in the grips of the theory of anthropogenic global warming (AGW), the idea that human activities, primarily fossil fuel use, are causing catastrophic change in the world’s climate, seem to live with blinders on, unable to admit evidence to the contrary.

I don’t begrudge the opinion of scientists who believe their own research shows, or who believe the dominant number of peer-reviewed papers indicates, humans are causing dangerous climate change. But I do disagree with many of the assumptions made by proponents of AGW. So far, evidence shows most of their projections concerning temperatures, ice, hurricanes, species extinction, etc. have failed. As a result, their projections of future climate conditions are not nearly trustworthy enough to make the kind of fundamental, wrenching, and costly changes to our economy and systems of government AGW proponents have proposed to fight climate change. I don’t think climate scientists can foretell the future any better than the average palm reader.

Making matters worse, AGW proponents discount, or ignore entirely, powerful studies that seem to undermine many of their assumptions and refute most of their conclusions.

Admittedly, I start with a position of skepticism, and indeed suspicion, when well-known researchers release a new study purporting to reinforce or provide further evidence AGW is true. This isn’t because I don’t want to hear what those who disagree with my assessment have to say. Rather, it’s based on my understanding of the lengths to which AGW true believers have gone to manipulate temperature data and try to shoehorn or force this and other data to match their dire projections.  It is reasonable, and even expected, for educated people to disagree with one another on this issue. This back-and-forth exchange of points and counterpoints shows the scientific method functioning as it should.

Many AGW believers, however, have seemingly abandoned the scientific method.

Progress is made in science by proposing a hypothesis, and developing a theory, to explain or understand certain phenomena, and then testing the hypothesis against reality. A particular hypothesis is considered superior to others when, through testing, it is shown to have more explanatory power than competing theories or hypotheses and when other scientists running the same testing regime can reproduce the results of the original test. Every theory or hypothesis must be disconfirmable in principle, such that if the theory predicts ‘A’ will occur under certain conditions, but instead sometimes ‘B’ or ‘C’ results, then the theory has problems. The more a hypothesis’ predictions prove inconsistent with results that occur during testing or real-world data, the less likely the hypothesis is to be correct.

AGW theory does not work this way. No matter what the climate phenomenon, if it can in some way be presented as being unusual by AGW proponents, it is argued to be “further evidence of global warming,” even if it contradicts earlier phenomena pointed to by the same people as evidence of global warming. {The same technique evolutionists use to defend their theory. A Theory so inaccurate the courts rule ex cathedra in favor of it - ED}

What effects AGW will have seem to depend on which scientist one consults and which model they use. In realm of climate change research, different models looking at the same phenomenon applying the same laws of physics with the same inputs produce dramatically varied results.

Another indication AGW advocates have thrown over the scientific method is how they revert to various logical fallacies to manipulate peoples’ emotions in order to have the public dismiss climate realists’ arguments and research. AGW advocates commit the fallacy of ad hominem when they call researchers who disagree with their assessment of the strength of the case for AGW “deniers”—an obvious attempt to link them in the public’s mind with despicable Holocaust deniers. That is not science, it’s rhetoric. I know of no one who denies the fact climate changes, but there are significant uncertainties and legitimate disagreements regarding the extent of humanity’s role in recent climate changes and whether these will be disastrous. Those who refuse to acknowledge highly regarded scientists disagree with AGW are the real “deniers,” and they should suffer the opprobrium rightfully attached to that label.

AGW proponents commit the fallacy of appeal to numbers when they say the case for dangerous human-caused climate change is settled because some high percentage of a subset of scholars agrees humans are causing dangerous climate change. Consensus is a political, not a scientific, term. People once thought Earth was flat. Galileo disagreed, saying he believed it was round—and he was persecuted for saying so. And you know what? Galileo was right, and the consensus of the time was wrong. At one time, people, including the intellectual elite, believed Earth was the center of the universe and the Sun revolved around it. Copernicus said just the opposite. He was right, and everyone else was wrong.

Knowledge acquisition succeeds not through bowing to some purported consensus in thought and opinion, but through questioning previously received wisdom and continuously testing scientific theories against data. “Because the vast majority of us said so,” is not a legitimate scientific response to research raising questions about all or some part of AGW.

AGW researchers commit the fallacy of appeal to motive when they say a particular study or the work of a particular scientist or group of scientists should not be taken seriously because of who funded them. Both sides commit this fallacy, with climate skeptics often arguing AGW research is biased based on the fact it was funded by government, which history shows is predisposed toward finding reasons grow and exert ever more control over people.

Research should be judged based on the validity of its assumptions, whether its premises are true, and whether its conclusions follow from its premises, not on who funded the research. Data, evidence, and logic are the hallmarks of science, not motives.

Beyond the routine data manipulation and logical fallacies, AGW advocates’ own e-mails show they have tried to suppress the publication of research skeptical toward AGW. And they have routinely attempted to interfere with the career advancement of scholars who refuse to completely toe the AGW line, even stooping on occasion to try to get scholars fired for producing research undermining AGW.

AGW fanatics also try to suppress the teaching of a balanced, accurate understanding of the current state of climate science, with all its uncertainties, in the nation’s schools. This is the tool of the propagandist, not the scientist seeking the truth.

All these reflections came to a head in recent years, as AGW true believers have fought in court to prevent the release of the data underpinning their own research, attempted to suppress free speech by accusing those with whom they disagree of committing libel, and even on occasion called for the prosecution and incarceration of climate skeptics for daring to question AGW orthodoxy. Some AGW proponents have openly admired various authoritarian regimes for their ability to “get things done” without the interference of democratic institutions. Real scientists know truths do not bloom under authoritarianism.

When a theory does not comport with the facts, data, and evidence, it is the theory that should be questioned, not the data or the motives of those bringing such evidence to the world’s attention. Consider this my plea for AGW true believers to embrace, once again, the scientific method, to follow the evidence in the field of climate research where it leads even if it proves inconvenient or inconsistent with their earlier beliefs. To the extent I myself have failed to live up to this ideal, I will try and do the same, approaching AGW arguments with an open mind.