[A 2014 article from transhumanist Amon Twyman who is an advocate of radical social and technological change leading to a zero state, no gender, no individuality, no freedom, where the majority are nothing more than engineered man-machines comprising the vast part of a one world community under autocratic control.  His statement; ".. direct democratic action to circumvent obsolete political institutions." promotes the 'social justice' of Aldous Huxley's eugenics world dream via 'mob rule' anarchy  - ED ]

Rapid advances in technology are paving the way for new ideas about the future, including those of the communities we live in. I had a chance to catch up with transhumanist, Zero State founder, and cognitive scientist Dr. Amon Twyman, who is a leader of one such community that is exploring new directions for the betterment of humanity. 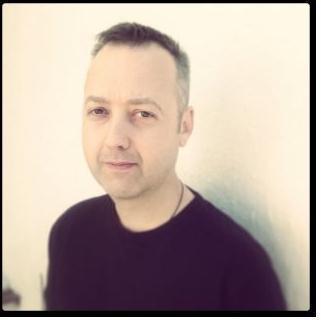 A. Zero State (ZS) is a community that grew out of the transhumanist movement back in 2011. It’s now part of a broad coalition of groups and movements that we call WAVE, referring to a coming wave of radical technological and social change. The basic ZS idea is to create networks of people and resources which could evolve into a distributed, virtual State. Right now there are only a few thousand ZSers (albeit well connected to much larger networks), but in a hypothetical full-blown Zero State there would be tens of millions or more, all supporting each other and being part of a single nation no matter where they live in the world. Our motto is "positive social change through technology."

Q. How does transhumanism relate to ZS?

A. Our core principles and ideas are deliberately compatible with transhumanism. That comes naturally, as ZS grew out of transhumanism and our most active “citizens” tend to self-identify as Transhumanists. That said, it’s important to stress that people don’t have to be transhumanists to join ZS. More generally, we consider ourselves to be a “Social Futurist” community, which is to say that we believe technological breakthroughs don’t happen in a social vacuum. There are social, economic, and political issues which not only stubbornly continue to exist in the face of techno-optimism, but which are sometimes greatly exacerbated by technological change. In short, we believe that technology should be applied to improving the human condition on both physiological and societal levels.

Q. How can ZS help the world?

A. In the first instance, we are focused on helping ZS’ citizens, or more accurately, helping them to help each other. An increasing number of people are finding themselves in need of help of one type or another these days, and we would like to demonstrate that mutual support is made more achievable than ever before thanks to the power of cutting-edge technologies. We tend to focus on bringing together people and ways to access current technologies such as meshnets, cryptocurrency, Virtual Reality and Artificial Intelligence, while exploring ideas such as longevity, super-intelligence & wellbeing, accelerating change, and direct democratic action to circumvent obsolete political institutions. Beyond working to help our own people, we actively work to support the wider network of like-minded groups and believe that compassionately, intelligently applied technology has the potential to improve the lives of everybody in the world.

Q. How did you come to be the founder of ZS?

A. My background is in a combination of psychological research (consciousness and decision making, Artificial Intelligence) and digital & performing arts. Although I’d read my fair share of science fiction as a kid, I decided I was a transhumanist while studying at university, after reading “Mind Children” by Hans Moravec. Over time, my various interests in art, science, transhumanism, and contemporary social/political issues coalesced into a coherent worldview, and I eventually decided to form an organization to pursue these ideas. The result, Zero State, was heavily informed by my experience as a co-founder of the UK Transhumanist Association, which has since evolved into Humanity+ UK. I started building WAVE, the broader network ZS is part of, two years later. That was once we’d had time to realize that there was a bigger picture emerging; a large number of like-minded groups forming to address a vast array of specific issues with a common outlook. That common outlook is characterized by technological savvy, distaste for old thinking and limits, and a keen awareness of social issues.

A. What does the future hold for ZS?

Q. ZS-affiliated project groups continue to work on developing tools for our members. A lot of these projects are collaborative and many have a distinctly transhumanist flavor, such as experimentation with Transcranial Direct Current Stimulation (using electrical charge to help concentration—work being done in collaboration with Dirk Bruere and Andrew Vladimirov). Some of the projects seem more like simple fun than serious experimentation at first glance—such as the ZSers building Minecraft environments in which to test their AI software—but that’s half the point; For people to do something useful and have fun at the same time. Our most vigorous efforts are currently going into WAVE, expanding the wider, networked context in which ZS operates, doing what we can to help out like-minded groups. We’ve been establishing connections with large networks, such as The Zeitgeist Movement and an emerging coalition of online transhumanist organizations. We live in extremely exciting times, with lots of rapid change both good and bad, and it looks like Zero State will soon get its chance to help people help each other in that brave new world. If you believe in the promise of technology, the importance of social justice, and the power of community building then feel free to jump in and join the fun!

Zoltan Istvan is an award-winning journalist, philosopher, and activist. You can find him on Twitter, Google+, Facebook, and LinkedIn. Zoltan is also the author of the recently published #1 Philosophical bestseller novel The Transhumanist Wager. Available in ebook or paperback, the controversial novel is a revolutionary reading experience. You can check it out here

Zoltan Istvan is an American-Hungarian philosopher, journalist, entrepreneur, and futurist. He is best known as a leading transhumanist and the author of the controversial novel, The Transhumanist Wager, a #1 bestseller in both Philosophy and Science Fiction Visionary and Metaphysical on Amazon.[ He has a B.A. in philosophy and religious studies from Columbia University. The article first appeared here. If this doesn't give you reason to pause, I don't know what could - DNI]