Kopp and his family live in King’s Bay, Ga. , a fitting place to raise a family of 155 men with its low cost of living and traditional southern hospitality.

But, unlike most families, what binds these men together isn’t their last name. After all, each one of Kopp’s brothers comes from a different set of parents. No, what makes these men brothers is what they call home – a 560 foot-long steel boat with no windows, no fantail, and in the event of a casualty – no easy escape. These brothers are submariners.

“The difference in damage control philosophies between us and a surface ship is that if we start sinking because of a casualty, there’s nowhere to escape,” said Chief Electronics Technician (SS) William Murtha, USS Maine’s (SSBN 741) Blue Crew 3M and drill simulator coordinator. “We can’t jump on any life boats, abandon the ship or parachute out of a plane to avoid the fire, flooding or catastrophic mechanical failure.”

Every submariner is familiar with what hundreds of feet of overhead seawater can do to a submarine if it found its way into the boat. They know that a fire anywhere in the enclosed steel tube can fill the boat with smoke in about 10 minutes; or that the tubular design of a submarine, meant to aid its smooth swim through the ocean, when faced with a fire, turns the boat into a super-sized convection oven.

But they go to sea anyway, cruising below the ocean’s cloak. Most people, many Sailors included, think they’re crazy. But like any family, when nobody else understands them, they understand each other.

“To be a submariner you have to be different,” said Murtha. “It takes a unique mindset to handle being isolated from people, the sun and fresh air as long as we are. Most people just can’t handle the thought of being underwater, but submariners never really think about it. We try to tell people that being submerged at 400 feet is just like sitting on your couch in the living room, but I guess they just can’t get past having that much water above their heads.”

Murtha’s words go a long way in understanding why the submarine warfare qualification process, the one and only passage into the “Dolphin”-wearing brotherhood, has always been mandatory.

“Earning your Dolphins is what signifies to the rest of the crew that you can and will be trusted with our lives,” said Electronics Technician 2nd Class (SS) Joseph Brugeman. “I know everyone aboard personally, and that level of familiarity allows me to trust them in a casualty situation. I couldn’t imagine trusting my life and the life of the boat with anyone I didn’t know personally. If you’re on my boat and you’re wearing Dolphins, then I trust you, period. I don’t care if you’re a yeoman, cook, missile technician or mechanic – I know you’ve got my back. It doesn’t get any more intimate than that.”

When a new Sailor reports aboard any submarine and gets his boat’s submarine warfare qualification card, he’ll find blocks for pneumatics, hydraulics, sonar and even the weapons systems. What he won’t find any signatures for is the very thing that wearing Dolphins is all about – trust. But once you’re wearing them, trust is the one thing that rank and rating knowledge can’t compare to.

“Wearing Dolphins means much more than knowing how to draw all of the boat’s hydraulic, steam, electronic and air systems,” said Culinary Specialist 3rd Class (SS) Jeff Smith, the Blue Crew’s night baker. “It means more than being able to explain how a drop of seawater outside the boat makes it into your cup in the galley. No, wearing Dolphins means that the crew trusts you to know how to save the boat regardless of the casualty, and regardless of your rating or rank. Earning that trust makes you much more than a professional Sailor, it makes you a member of the submarine family.”

Having a cook comment on the aspects of damage control may not be the quote of choice on most Navy ships, but on submarines, wearing Dolphins is all that matters.

“On my boat,” said CDR Robert Palisin, Maine ’s Blue Crew commanding officer, “everyone is expected to know how to save the boat. We don’t discriminate based on what your rating or even your rank is. My cooks should and do know how to fight a fire in the engine room, just like my nuclear trained mechanics are expected to know how to isolate a power supply if smoke comes from the sonar shack. Everyone on a submarine is the damage control party – everyone.”

Palisin was careful to explain that damage control is much more than just knowing what to do if something bad happens. It’s being confident enough in your knowledge of the boat’s systems to speak up if someone else on the crew is about to make a mistake that affects ship’s safety.

“In the submarine force, we put an emphasis on being right more than what a Sailor’s rank might be, because everyone aboard a submarine is expected to be a backup to his shipmate,” said Palisin. “Even I, as the captain of this boat, would expect the most junior Sailor to jump up and down screaming his head off if I made a mistake that endangered the ship. Our lives depend on knowing that we can count on each other to watch our backs, to make sure the safety of the ship is placed well ahead of rank or rate.”

Palisin, like all boat captains, makes sure his crew knows how to fight any casualty by constantly running casualty drills throughout the boat’s deployment. After all, practice makes perfect, and when you have only yourselves to count on, being perfect is the only standard good enough to keep you alive.

“We practice responding to casualties so much that we do it instinctively,” said MM2(SS) Jim Crowson. “Our training has to be instinctive. Otherwise, we might get scared first instead of responding if the real thing ever goes down. At 400 feet, there’s no time to be scared. I’m not trying to sound macho–it’s just the reality of how to survive when all you may have are seconds before the boat sinks below crush depth.”

Despite going to sea on a boat with no windows, no fantail, no helipad or even a hatch to allow in some tension-breaking fresh salt air, submariners are still Sailors at heart. These brothers all volunteer for submarine duty, and their commitment is no different than the Sailors on aircraft carriers, cruisers or even tugboats. They just make a few extra bucks (submarine special duty pay) doing it, which comes in handy when you have 154 brothers’ birthdays to buy for.

They love their country, uphold the Navy’s Core Values of honor, courage and commitment and want to make it back safely from every deployment. As the silent service, though, they’d just rather you didn’t talk about it. 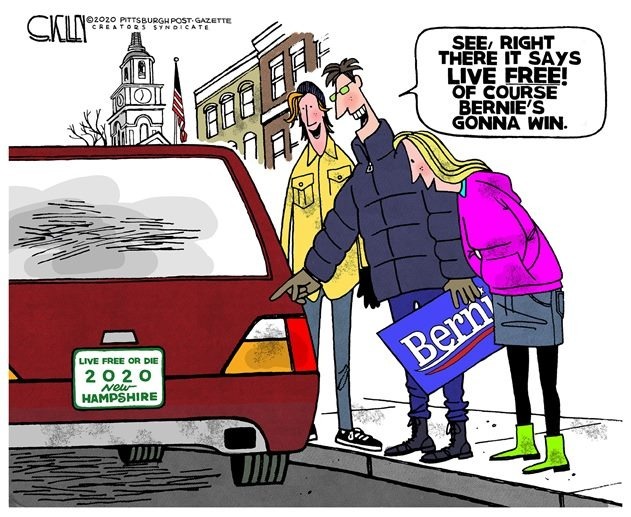 Texas church shooting hero shares his side of the story

An interview with the Texas Church security leader reveals the importance of awareness, commitment and dedication to the saftey of those around you. This is one church that had it’s act together,  this man saved a lot of people’s lives that day, an example to be studied for sure.
Knowledge is survival
Tweet
I’ve been giving this this equality thing a lot of thought lately,. I’m starting to see the Merits. It isn’t fair that we have a national cemetery for all thebrave men and women that paid the ultimate price, I mean all those flags waving and everything, so demeaning to so Many.

It is only fair that we have a national cemetery for all those people that hate our flag as well, the professional athletes dragging their million dollar chains of oppression across the arena, the poor down trodden Holly Wood elites, and especially those brave individuals that ran to Canada to avoid the draft, and of course we wouldn’t degrade them with the presence of our flag,  we could fly rainbow flags and make displays that really matter. It needs to be really really big too, a hundred times bigger than Arlington........... and then fill that sucker up.

Why We Stand  for the Flag