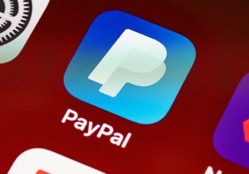 "A private company now gets to decide to take your money if you say something they disagree with. Insanity." -David Marcus, a former president of PayPal

[ToddStarnes.com] PayPal has reinstated a controversial punishment for users who spread what they consider to be inaccurate or misleading information. (Image: Pexels)

Anyone who violates the policy faces a $2,500 fine—per violation.

PayPal "says it can hold ALL the money in your accounts for up to six months 'if reasonably needed to protect against the risk of liability or if you have violated our Acceptable Use Policy,'" Judicial Watch president Tom Fitton said.

PayPal had originally announced the policy a few weeks ago leading to a mass exodus of users.

Their stock plunged six percent in one day—down 55 percent for the year.

So lots of folks are very confused as to why they have reversed course again.