I recently went to Rapid City, South Dakota located at 1313 N. Lacrosse St in Rapid City to attend a fall festival in October. The location was wonderful and it was still comfortably warm in the Black hills area. I had Selected the Rodeway inn because it had the most favorable rates. I planned to stay eight days and made my reservations by debit/credit card accordingly by phone. I was given a reservation number for confirmation. Several months before the event was to take place I gave them a call to be certain everything was in order and it was. 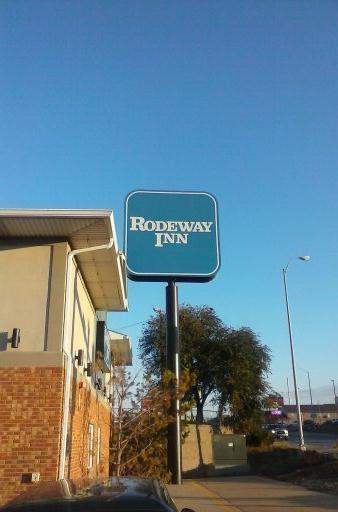 However, upon arrival, no one could find my reservation. I checked my cell phone while standing in line at the front desk for any messages from Rodeway.  Sure enough, there was one the VERY day of my arrival indicating that my reservation couldn't be confirmed because my card had been declined and to give them a call. What? Why would it have taken until arrival time to discover this? There wasn't anything wrong with my card, I had just used it several times the week before to buy some items and I didn't have any past due balances or shortage of funds. Why wait until check-in time to alert me to a potential problem?

I was concerned because during my stay there was to be some 30,000 Indians in town for a tribal POW -WOW and the recent problem with my card made me think that I wouldn't be able to secure a room.  I told the manager that I had just used the card the week before and then paid cash for my stay.  He didn't respond but just gave me the first batch of forms to sign and initial. The manager must have either been a lawyer or was following corporate policy because I had to initial and sign more forms than usual as well as pay an addition $150.00 damage deposit because my card had been declined. And providing me copies of the forms I signed were declined because their copy machine wasn't working at the time.  As it turned out this was just the beginning of my problems for the week.

The second floor room was nice and accessibility was good. After the first full day my room trash can was starting to fill as I had a refrigerator and microwave for snacks etc but by the next day it had been emptied. However after two successive days of it not being serviced, I had to place it outside the room with a note in the trash (easily visible on top) in the hallway to see if it would be emptied. During one of those two days the maid had knocked and tried to enter my room but the safety lock prevented her.  I opened the door and answered her question that the trash can sitting in the hallway was from my room.

Next I discovered a problem with the room refrigerator leaking water from the freezer section. A number of my snacks were sopping wet so I emptied the unit and rearranged items to diminish the problem, finally settling down to relax by watching a little TV.

Somewhere after an hour or so, as I was watching the screen, it suddenly went completely blank returning for a few more minutes before repeating the cycle.  After about 10 minutes of this nonsense I went downstairs to talk to the manager.  Someone else was at the front desk. I told him the problem with the TV and he agreed to come and look at it. When I left the room to go downstairs the TV was completely dark although still on but miraculously was playing perfectly by the time we got back to the room.  The desk man asked if I had had the window open which I did not, so much for a temperature problem.  The desk man checked the TV power and internet connections and I realized then that he didn't have a clue as to the problem.

I asked for a replacement TV or another room so I could finish watching TV and he agreed to  assign me room #111right next door to 212. But when I went back upstairs and tried to get into #111 the electronic key didn't work. And now original electronic door key didn't work either so I had to go back down and get the desk man to reconfigure it. This happened to me twice during the week of my stay. These keys are supposed to be valid for the length of a person's stay but obviously weren't.

It was then that I decided to look into the TV problem in #212 myself which I quickly traced to a digital converter box connection to the internet. Resetting the box and even rebooting the device indicated that it had developed some internal flaw. Since I would be very busy the following day and wouldn't have time to watch TV, I turned it off and read a book instead. 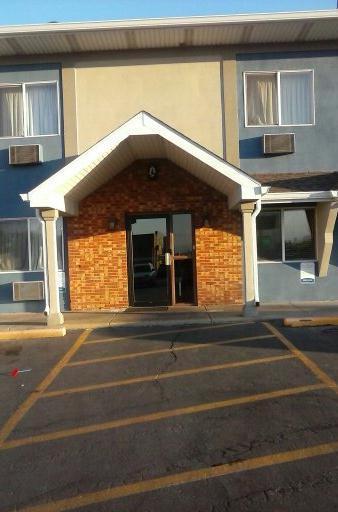 With now only a day to go before checkout, I decided to just make the best of it and watch what I could on the TV. Checkout day came and I was told that the hotel couldn't reach me so they had to deduct another day's charge from my security deposit for Oct 18th. Couldn't reach me? What nonsense is this?  I am about 35 feet from the front desk on the ONLY upper floor, ever heard of taping a note to the door or stopping by the room? This isn't done simply so enough time passes so one can't dispute the charge. 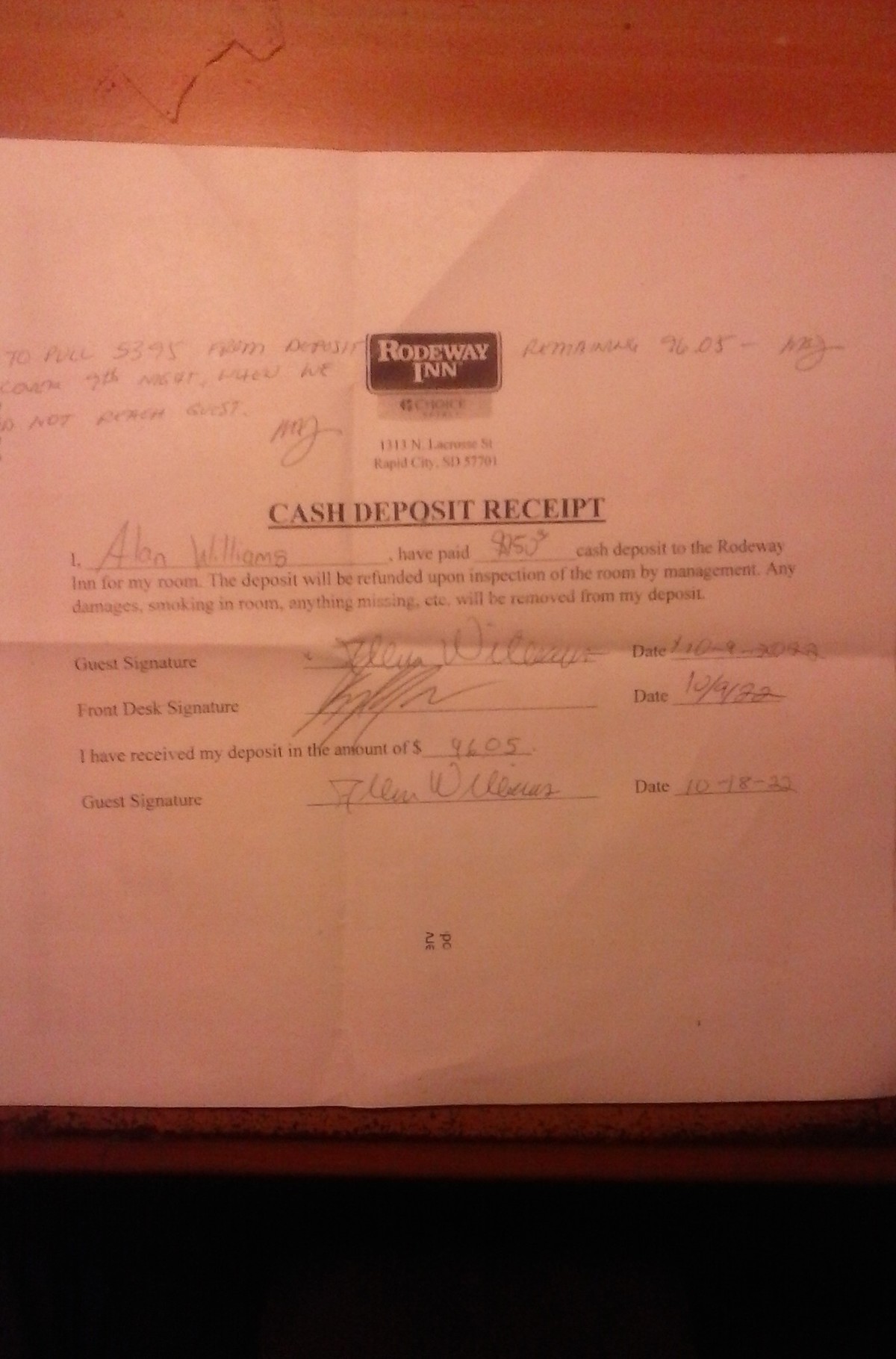 Checkout time at the Rodeway is obviously before 7:00 am (See the time listed on the weekly itemized list of the stay) because from the evening of Oct 9th until the morning of October 18th is EIGHT days so I should have had until 10:00 or 11:00am on the 18th to check out BEFORE incurring a ninth day charge. Amazingly as I was checking out their copying machine suddenly was working so I received a copy of my damage deposit receipt. I let them know about the faulty TV converter box and expressed my general dissatisfaction with their room service since I had to go down and tell them specifically that the room had no Kleenex or replacement hand soap. I was accustomed to trash being emptied and soap provided automatically during hotel stays. I was told since the Covid epidemic that this had been discontinued.

The hotel does not qualify as a 'choice' hotel in my estimation and is staffed by questionable people who take advantage of travelers at will. They are inhospitable, deceptive, incompetent and sullen. The hotel manager is simply an ass and I will be providing a copy of my Sitejabber complaint to their corporate office. I definitely would not recommend the Rodeway to anyone given the 97 complaints shown on their site: https://corporateofficeheadquarters.com/rodeway-inn-corporate-office/