What Fusion GPS has to produce.

Today, the court in the Sussmann case made an important ruling and rejected, in large measure, Fusion’s assertion of attorney-client or work-product privilege:

Fusion GPS will have to produce these documents to Special Counsel Durham by May 16, 2022. What do these e-mails and documents contain? The court’s order provides guidance, stating they relate to:

Internal Fusion GPS e-mails discussing the Alfa Bank data and e-mails circulating draft versions of the Alfa Bank white papers that were “ultimately provided to the press and the FBI.”

Here are some examples of what these e-mails might include. These are privilege logs in Fusion GPS’s other litigation relating to the Alfa Bank hoax.

This leaves 16 e-mails and documents remaining. For now, Durham will not get them. These are divided into two categories:

With respect to the Joffe e-mails, we note that he is still a subject - perhaps a target - of the Special Counsel’s investigation. Here’s a portion of the transcript from an evidentiary hearing in the Sussmann case that discusses their ongoing investigation into Joffe:
Because the investigation into Joffe is ongoing, it makes sense that the Special Counsel is hesitant to disclose to the court information that could overcome this purported “privilege.” Keep in mind the crime-fraud exception, where communications are not considered privileged where they “are made in furtherance of a crime, fraud, or other misconduct” (citation omitted). In other words, the Special Counsel may still be able to get Joffe’s e-mails - assuming Joffe is charged under 18 USC 1031. He can also get them through the grand jury process, as we saw with Mueller’s investigation of Paul Manafort.1

I’ll also add that the fact that privilege applies to some of these documents strengthens the Special Counsel’s argument that Sussmann was representing a client when he met with then-FBI General Counsel James Baker in September 2016.

Finally, while “Court takes no position on the other approximately 1500 documents that Fusion GPS withheld as privileged,” we can assume based on this ruling that the majority of those documents would not be privileged. Durham will likely get most of them.

For those interested: After I wrote this post, New York Times reporter Eric Lichtblau filed this request for a protective order. Lichtblau will be called as a witness by Sussmann’s attorneys to discuss “communications between Mr. Sussmann and Mr. Lichtblau” - meetings at which Rodney Joffe was present (that confidentiality privilege was waived).

The Special Counsel has refused to limit Lichtblau’s testimony to that narrow topic:

Durham is taking this position because Lichtblau was in contact with Peter Fritsch (and Glenn Simpson) of Fusion GPS leading up to the 2016 election. Fritsch was feeding Lichtblau Fusion “opposition research” (what we might accurately call bullshit), and Lichtblau was at least somewhat receptive, though not salivating like Franklin Foer. These are relevant to the broader “media relations” strategy that Sussmann and Fusion GPS pursued on behalf of the Hillary Clinton campaign.

Here are the e-mails: 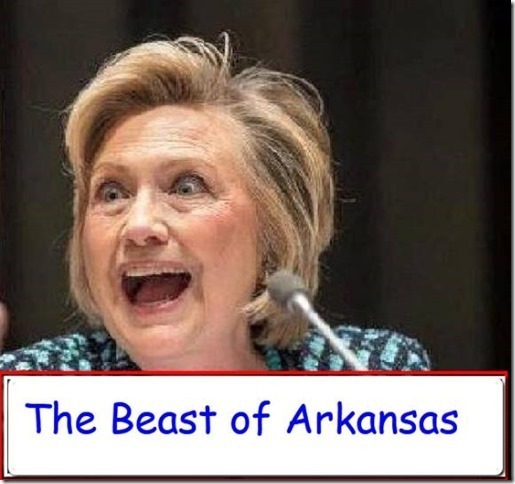 I’m still trying to figure out how I lost the 2016 election.

I thought we had the thing bought and paid for!

Was it Podesta’s Emails?

Was it having a sexual predator as a husband?

Was it because the Clinton Foundation ripped off Haiti?

Was it subpoena violations?

Was it the congressional testimony lies?

Was it the corrupt Clinton Foundation?

Was it the Benghazi fiasco?

Was it pay for play with Uranium One while I was Secretary of State?

Was it being recorded laughing when        I got a child rapist off when I was an attorney?

Was it the Travel Gate scandal?

Was it the Whitewater scandal?

Was it the Cattle Gate scandal?

Was it the Trooper-Gate scandal?

Was it the $15 million for Chelsea’s apartment bought with Clinton Foundation money?

Or my husband’s interference with Loretta Lynch & the investigation?

Or when I happily accepted the stolen debate questions given to me by CNN?

Or my own secret server in my house and my disdain for classified information?

Or having my cell phones and computers destroyed with hammers and Bleach-bit?

Was it the Seth Rich murder?

Was it the Vince Foster murder?

Was it the Gennifer Flowers assault & settlement?

Was it calling half the United States deplorable?

Was it my underhanded treatment of Bernie Sanders?

Was it Bill’s impeachment?

Was it the lie I told about being under sniper fire in Bosnia?

Was it the $10 million I received for the pardon of Marc Rich?

Or the $6 BILLION lost while I was in charge of the State Dept.?

Or was it because I’m perceived as a hateful, lying, power-hungry,

Gee, I just can’t seem to put my finger on it!

And that’s not even the half of it...