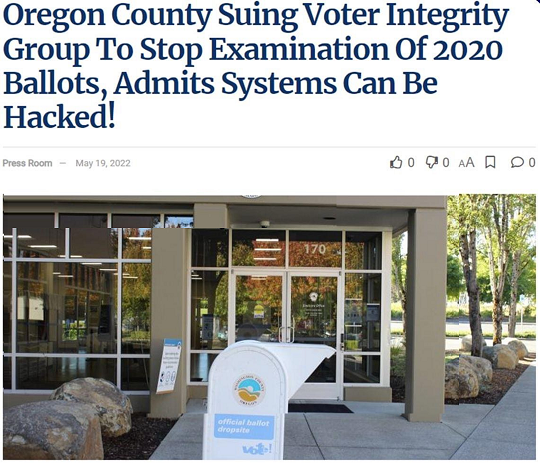 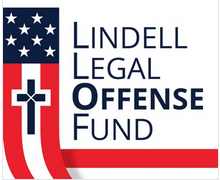 And we are now witnessing…

THE BIGGEST COVERUP IN HISTORY!

You see, in order to keep up the BIG LIE, the media, big tech, RINO’s and other bad actors are doing everything in their power to discredit me and my team here at the Lindell Legal Offense Fund.

And no matter how hard they try to silence us and shut the Lindell Legal Offense Fund down, they will not succeed!

WE HAVE THE PROOF THAT THE ELECTION WAS RIGGED.

We cannot allow this deception to happen ever again.

Yet, we’re not without HOPE. God has had his hand in all of this, we are dependent on his timing, not ours. We are committed to seeking God and trusting His providence. And we see God answering…

The Lindell Legal Offense Fund has THE solution to preserving every single election moving forward in the United States:

If you and I don’t win this battle, right now, we are going to lose everything. It is up to you and I to stop The BIG LIE! We are expected to believe 2020 was the most secure election in history? THAT'S THE BIG LIE!

There is nothing happening bigger in America than the work we are doing to protect our vote.

Because of my platform that God has given me, we have a presence in every state in the country. We have commitments from many counties to go completely machine free for the 2022 elections.

We have also filed multiple lawsuits to stop the use of these corrupted machines. These preliminary injunctions are costly but critical to saving our country.

It's our goal is to have all 3,143 counties in America completely machine free!

We are running out of time!

100% of your contribution will go to help save our country.

We stand at an apex in history. There is no 'next time' to get it right. We all have to decide we will stand together now.

If you're saving your courage for a rainy day, it's pouring outside.

Today is the day!

Your gift of $50, $100, $200 or more will help protect the future of America for our children and grandchildren. It will protect our future right now. 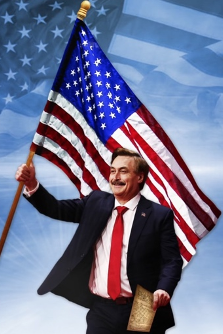 Thank you and God bless,

(Washington, DC) – Judicial Watch announced today that a federal court ruled its lawsuit can proceed against Colorado officials to force a cleanup of the state’s voter rolls.

Judicial Watch filed the lawsuit October 5, 2020, in the U.S. District Court for the District of Colorado on behalf of itself and three residents of Colorado against Jena Griswold, Colorado Secretary of State, and the State of Colorado for failing to clean the state’s voter rolls as required by the National Voter Registration Act of 1993 (NVRA).

The court’s recent ruling to allow Judicial Watch’s claims to proceed came after Colorado’s motion to dismiss the case, which the court denied in all key respects.

In his ruling, Chief District Judge Philip A. Brimmer also ruled that Judicial Watch’s allegations about Colorado’s voting lists were enough to allow the lawsuit to proceed:

[Judicial Watch’s] claims that the Secretary is not complying with the NVRA are based on public records and statistical analysis. Plaintiffs insist that they have shown not only high registration rates, which they claim courts have found indicative of an NVRA violation, but also that the Secretary sends too few Confirmation Notices, removes too few registrants, and has too high a number of inactive voters on the rolls. . . . [T]he Court finds that plaintiffs have met their burden and have plausibly alleged that Colorado’s list maintenance program does not comply with the NVRA.

In its lawsuit against Colorado Judicial Watch argues:

Judicial Watch notes that registration rates over 100%, poor processing of out-of-date registrations, and high levels of inactive registrations “indicate an ongoing, systemic problem with Colorado’s voter list maintenance efforts.” Colorado’s “failure to comply with their … voter list maintenance obligations” injures lawfully registered voters by “undermining their confidence in the integrity of the electoral process, discouraging their participation in the democratic process, and instilling in them the fear that their legitimate votes will be nullified or diluted.”

“Dirty voting rolls can mean dirty elections. And this court victory highlights how Colorado citizens and voters have a right to expect that the state’s voting rolls are reasonably kept up to date, as federal law requires,” said Judicial Watch President Tom Fitton.

Judicial Watch is a national leader for cleaner elections.

In 2020, Judicial Watch also sued North Carolina and Pennsylvania for failing to clean their voter rolls.

Colorado’s corrupt Soros-backed Secretary of State, Jena Griswold, is back at it attacking Mesa County Clerk and Recorder, Tina Peters.

Peters caught Griswold attempting to force counties in the state to erase 2020 Election data from voting machines which is against the law.

Earlier last year, the Secretary of State in Colorado, Jena Griswold, demanded each county in the state erase the voting machines.  Griswold claimed this was necessary.  But it was also against the law.  Election material by law should be retained for 22 months.

Rather than comply with the illegal action, Mesa County Clerk and Recorder, Tina Peters, made a copy of her county’s machines before performing the action.  This was the right thing to do.

Griswold got on NPR to criticize Ms. Peters and The Gateway Pundit for reporting on Griswold’s request to destroy 2020 Election data.

In the interview, Griswold used a so-called ‘Republican’ as her expert.  This man is married to a longtime employee of Dominion Voting Machines and was no independent election observer proving again that NPR is a biased far-left media outlet feeding off of the American taxpayer. What a mess the elections are in Colorado.  Dominion-related election officials are now being used to disparage whistleblowers who identified corrupt activities in the 2020 Election. NPR reported yesterday: Colorado officials said Thursday that a local county clerk allowed an unauthorized person into a secure facility during an annual upgrade to the county’s election equipment … Continue reading NPR Attacks Gateway Pundit, Uses Spouse of Ten Year Dominion Employee to Provide ‘Independent’ Commentary on Whistleblower Who Identified Potential Crimes in 2020 Election The “whistleblower” Mike Lindell claimed would present bombshell evidence of election fraud at the South Dakota Cyber Symposium on Tuesday allegedly refrained from releasing the data that would irrefutably prove the 2020 election was stolen after her office was raided by the radical far-left Colorado secretary of state. Lindell announced at the start of the … Continue reading

Now the Soros-backed Secretary of State is attempting to prevent Peters from being involved in the 2022 Election.

Colorado’s 9News reports a slanted piece on Peters where it says:

Colorado’s Secretary of State (SOS) filed a lawsuit Tuesday to bar Mesa County Clerk and Recorder Tina Peters from overseeing the 2022 elections, a release from her office says.

The lawsuit asks a judge to remove Peters as the Designated Election Official (DEO) during 2022.

Colorado handed over their elections to corrupt Democrats when they allowed mail-in ballots to be the norm.
This state is lost until they eliminate this process and get back to a safe and secure, fair, and free method of voting.  Democrats will do anything for power.