I'm one of those individuals who does virtually everything across the Internet. It is in that spirit that I sought and found a set of replacement radiator cooling fan motors on Junkyard dog.for my dad's 1991 Nissan Sentra E (which I now own since his passing). The car has deep sentimental value and I have sought to maintain it as it was when he was alive. 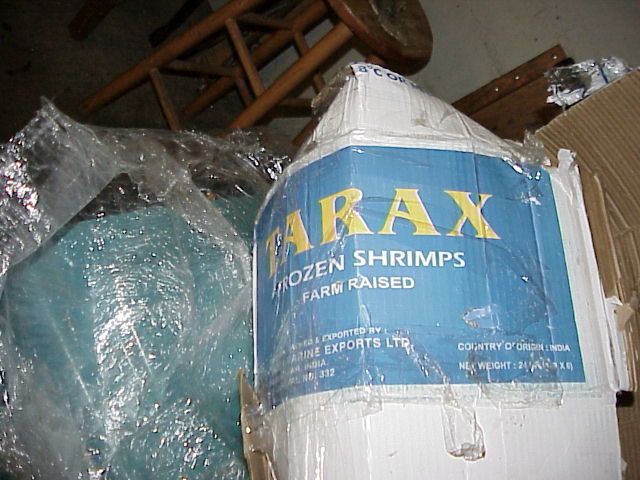 Although the company that I ultimately ordered the parts from, Sunrise Nissan- California, didn't show up on the Internet search, they obviously got the information that I filled out in the salvage query because they sent me an e-mail with price and availability. Their shipping cost was the lowest of any of the companies that I had negotiated with for transport. (And now I know why)

I decided to order. The item arrived from Sunrise Nissan delivered by United Parcel Service (UPS) on the evening of June 8th, some 15 days after it was ordered.


I could hear things rattling around inside as the UPS agent handed me the carton. The package was wrapped around multiple times with plastic wrap and quite difficult to get open. The packaging was not at all like the shipping containers that I've received with vintage auto parts in the past; this one had a noticeable dent on one end and it looked more like a cocoon than a box. {No, I didn't mistakenly show the wrong shrimp, I mean shipping carton here. The parts were actually delivered in an old frozen shrimp carton. Frankly, I was surprised not to find any dead shrimp along with the fans when I opened the box.} 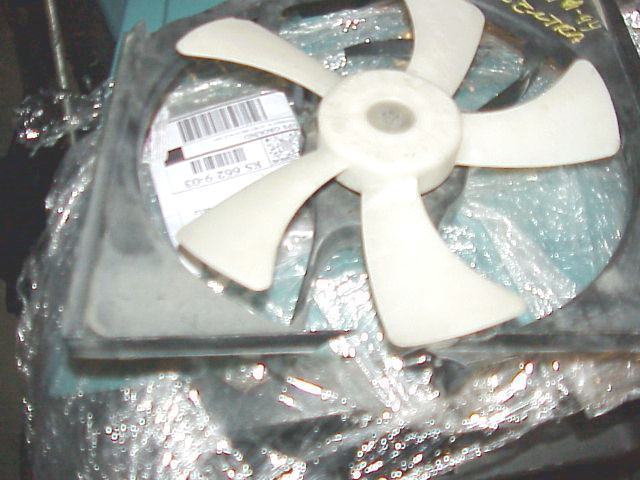 At this point, I'm not certain if this particular auto salvage operation also sells or prepares shrimp at their location but it might be wise to scan any shrimp you order from California with a metal detector before serving.

Both fan assemblies were broken. The driver's side was the least damaged with only one mounting tab missing. I found it at the bottom of the box.  Fortunately, I was able to repair it satisfactorily 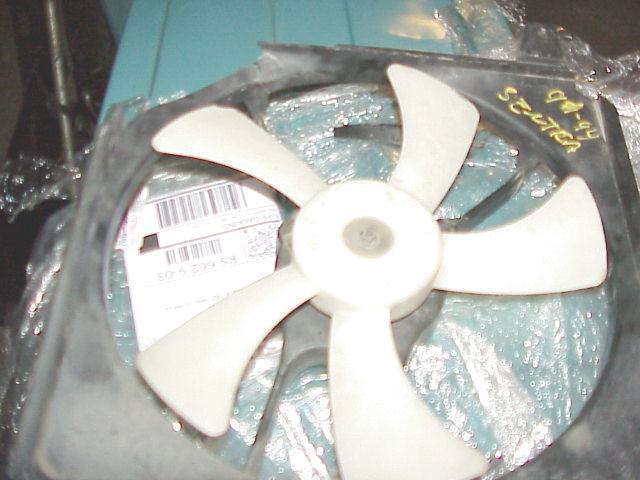 The second fan shroud was extensively damaged. One of the broken frame sections was lying underneath the fan blade as you see top center.

There is a fracture about 3/4" from the right hand side of the missing top piece penetrating through the entire shroud assembly. The lower frame was broken clear through at its bottom as shown in the photo top. It was not found in the shipping carton.  Either, the shipper or UPS, placed the broken shroud parts in the bottom of the shrimp carton along with the two fan assemblies.

After placing a complaint call, UPS made arrangements the following day to pick up the packaging for 'inspection'. What? They didn't photograph it after picking up such an unusual package from the shipper? I e-mailed both UPS and Sunrise Nissan the evening of June 10th complaining of the damage and including these photographs. UPS sent an e-mail acknowledgement of receipt of the pictures on 6/11/09, stating:

"Thank you for sending us the photos of the damaged package. We will now inspect the package and notify your shipper of the results. We will contact the shipper by the end of the next business day. If you are the receiver, please stay in contact with your shipper for additional information regarding the final disposition of the claim. 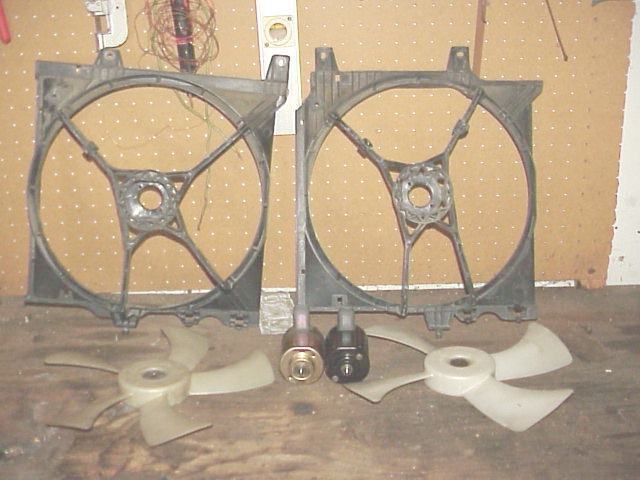 Sunrise Nissan has not responded to date. Lacking the common courtesy to respond to its customers gives one an indication of what their 6-month fan warranty might be worth.  Is it a wonder that California is going broke?

So, whose fault is it for the damaged items? Both the Shipper and Carrier will blame each other for the damage; it's the consumer who loses.

I was fortunate, neither fan motor was damaged, both work satisfactorily and replacing the shroud will cost about $52.08. 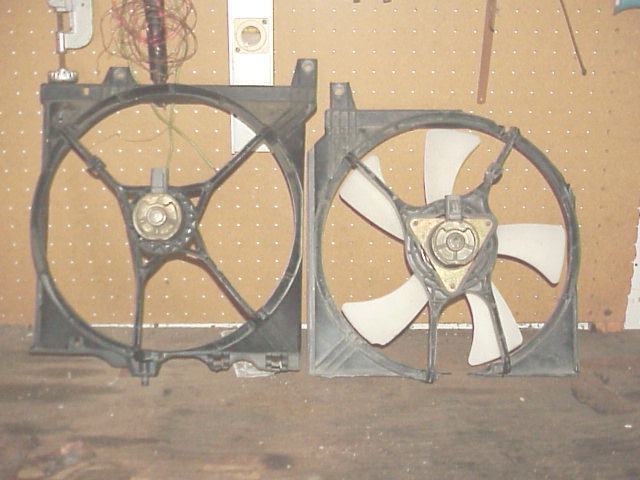 Although both are '91 fan shrouds, the replacements ordered from Sunrise Nissan utilize a triangular mount that's actually part of the motor and can't be removed.

Swampers or auto dismantlers have no particular incentive to remove parts undamaged.. getting orders filled quickly is what counts.  And, UPS already has quite a reputation for damaged goods and often refuses to pay claims on things it wrecks in transit.  One claimant writes: "I shipped a wall sculpture at THE UPS STORE in Lagrange KY on February 25, 2009. The item was undamaged and in good condition when I took it to them for shipment to my home in Virginia. I paid 90.50 for shipping, handling and insurance on my sculpture. When it arrived in Virginia I found my 822.50 sculpture had been totally destroyed. "


Another writes: "I shipped a desktop phone system to a customer by packing it in a heavy box, wrapping each phone 2x in large-cell bubble wrap, and adding Styrofoam peanuts for extra protection. The customer contacted me stating the phones arrived looking like they had been smashed by hammers.."

It's why consumer advocacy sites like "Angie's List and others have sprung up on the Internet. Angie's List serves some 750,000 consumers with ratings on who's good, who isn't and who's in the 'penalty box'. Suppliers do not pay to get on Angie's List, they must earn their way on in either in providing good or unsatisfactory service.

Today's consumer not only faces the risk of receiving merchandise like this from unscrupulous sellers, but also has to deal with callous shippers like UPS who often damage otherwise satisfactory and serviceable goods in transit. Carriers make their money on the sheer volume of merchandise they ship; careful handling is NOT conducive to maximizing company profits. It's better to push the volume to the highest maintainable level and let the smashed articles accumulate as they may. After all, UPS faces no real retribution other than unpopular publicity and if you deny most of the damage claims, you're profit ahead.

Shipping UPS should not be a first choice. It should only be done for items that are inexpensive and easily replaced or simply can't be broken. Remember, your money is never damaged in transit and seldom lost.