Mesa County, Colorado -The Colorado Supreme Court declined to hear Clerk Tina Peters’ appeal based on last week’s ruling in Mesa County. The lower court ruling does not address Secretary of State Griswold’s misconduct and potentially illegal action of destroying Mesa County election records which are required by state and federal law to be preserved.  The Supreme Court case addresses the legality of whether or not Secretary of State Griswold has the authority to remove a duly elected official from office.  The Supreme Court’s inaction does not confirm the validity of the legal claims, or act as an endorsement of the lower court’s ruling.  The Supreme Court simply confirmed legal procedures were followed in the Peters’ case.  So who investigates the Colorado Secretary of State or causes her to be accountable for actions taken.?
Basically, what this says is a secretary of state may REMOVE anyone they feel is performing their job unsatisfactorily but in this case Tina did TOO good of a job by photographing all of dominion's coverup up for the 2020 election results before and then after  their 'Trusted build'. So Tina has proof positive that Dominion has changed the system architecture to defraud all future elections.

The implications of the high court’s failure to act confirms that last week’s ruling in the lower court stands. This means Secretary of State Griswold has successfully circumvented the will of the voters by removing another elected official.This ruling concentrates election power at the state level which is in direct contradiction to the fundamentals of the U.S. Constitution. The electoral structure in the U.S. is designed to be decentralized, administered,and overseen on the local level by citizens in each locality –not state or federally run.“The inaction of the Colorado Supreme Court is a very unfortunate day for self-government and the balance of power in Colorado. Secretary of State Griswold believes that duly elected County Clerks serve at the pleasure of her and the Secretary of State’s Office. The people who voted for their local election officials have been severely violated with this action,” in a statement by Clerk Peters.
What spurred Griswold’s overreach was that Clerk Peters arranged for forensic images (complete backups) to be taken of the county’s election equipment before and after a May 2021software modification. The equipment modification was performed by the office of Secretary of State Gena Griswold and Dominion Voting Systems. Peters suspected that the update would destroyc ritical election records that Peters is required by state and federal law to preserve. Griswold has taken nearly thirty separate campaign donations from Dominion Voting Systems in 2021 alone. This clear conflict of interest raises questions about why Griswold has relentlessly attacked Clerk Peters simply for following the law and upholding her sworn duty as Clerk and Recorder of Mesa County. In Peters’ diligence to protect Mesa County election records, Clerk Peters commissioned a forensic analysis of the backups with the purpose to confirm or deny whether Griswold and Dominion destroyed election records.

The report vindicated Peters’ concerns. It showed that some 29,000 critical election records were unequivocally and completely destroyed. The implications of Griswold and Dominion Voting Systems destroying the election records are serious.Griswold has successfully prevented any future forensic audit of the 2020 election in Mesa County. This creates legal questionsf or Mesa County citizens. According to Colorado State Law, they have the right to call for and have an audit conducted at any time for twenty-five months. Additional court action is expected to resolve this issue. The Mesa County Forensic Image Analysis Report is publicly available as part of the Peters official court filings and at useip.org. Started by volunteers in Mesa County Colorado,StandwithTina.org is the official site for news,

Read More..https://useip.org/2021/08/23/lawless-sos-griswold-attacks-hero-clerk-peters-national-spotlight-on-co-election-issues/ THE SMOKING GUN:  Election Records that are legally supposed to be preserved for 25 months per Colorado law, and 22 months according to Federal Law have been deleted from Mesa County’s Dominion machines.  Proven by ‘before and after’ data evidence. Investigations are underway.  Get smart on how Dominion and audits work Read More….

Griswold states she is going to appoint Peter’s replacement (potentially temporary) for the Nov elections in Mesa County.  Bottom-Line: Griswold has no authority whatsoever to remove from position nor appoint any election officer designated by the governing jurisdiction (County Commissioners) in a county.  She might as well be Xi Jinping, declaring herself ruler.  In fact, CO State Rep. Ron Hanks calls for Griswold’s resignation. Her ONLY statutory path for enforcement is through injunction in the applicable District Court, on the basis of motion filed by CO Attorney General.

In fact, Griswold herself, is likely in violation of 52 USC 20701. County Commissioners, the DA and the Sheriff in Mesa are now faced with whether or not they’ll allow The State to come in and rule Mesa, or are they going to stand up for the citizens and the rule of law?

Trevor Loudon: End the CCP or We Need to Fight for Our Survival

“Communism has always had a plan of world domination.

And the major impediment to that has been a free United States,” 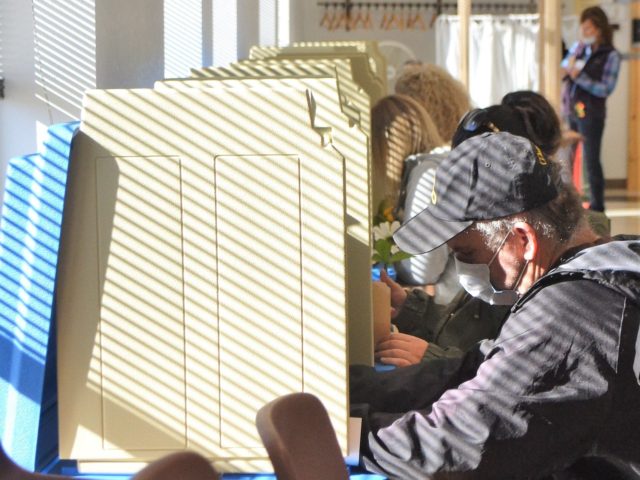