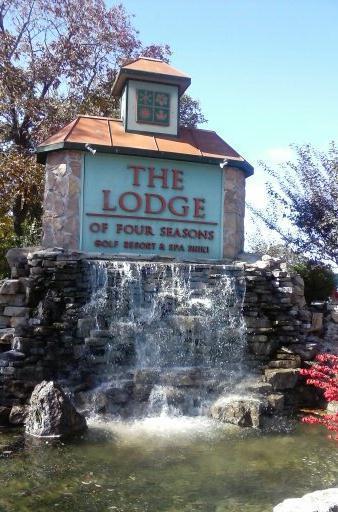 This past week I attended the 2019 annual Feast of Tabernacles located in the Ozarks. It is an annual eight day celebration depicting world peace and prosperity in the millennial. 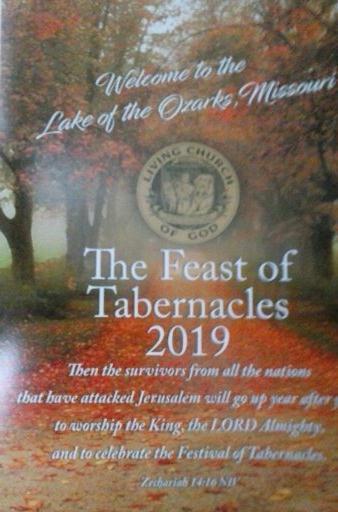 The event was held at the Four Season's Lodge, a plush resort featuring championship Golf, a Japanese garden and SPA, ample meeting room accommodations and other amenities. Services were held in the Lodge's Marbella rooms located on the lower level of the main complex lobby with seating for more than 400+ attendees.

The hotel complex was built in 1964 before the Americans with disabilities act' was passed and so has a number of shortcomings although there has been an attempt to make internal improvements such as adding parallel ramps for those who prefer to avoid the stairs where small elevation changes permit. General lighting conditions are deficient in the Marbella room unless you're fortunate enough to be sitting directly under one of the overhead lamps. Lighting is poor in the hotel corridor access to a number of the hotel rooms and outside lighting along the walkways is virtually nonexistent and a sure fall hazard unless you have a cell phone or separate flashlight. There is only one elevator around the bend from the hotel's front lobby desk. I did not see a route to that elevator upon exiting several locations around the lower level Marbella room where we met. Stairs appear to be the only access in or out.
On October 18th about 30 minutes prior to daily services in the Marbella location we were informed that the water would be shut off for the entire complex for TWO HOURS. And when I say the entire complex, I mean ALL of the corresponding hotel rooms as well.

I immediately went to the hotel lobby desk to get confirmation of the shutoff as I was not certain that it hadn't been somewhat exaggerated. 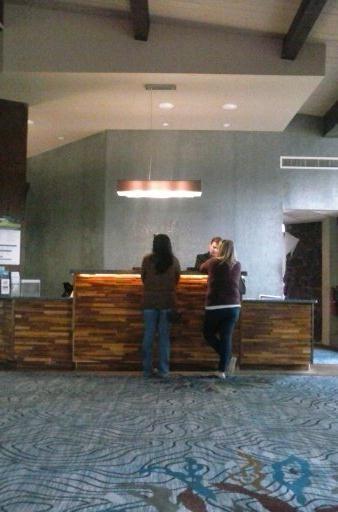 When I spoke to the young lady behind the hotel desk, she seemed somewhat shocked and promptly called hotel maintenance who confirmed the two hour shutdown. Why was this action necessary for the entire duration of our service? Why not two hours before or two hours afterwards? This maintenance effort is something you'd expect to be done in the off hours of the night when people are asleep, especially since there was no indication of serious leakage. The Four Seasons management likely wanted to save repair costs at the expense of the hotel guests. A likely consequence from Cornell University's School of Hotel Administration titled 'Environmental Sustainability in the Hospitality Industry.' https://scholarship.sha.cornell.edu/cgi/viewcontent.cgi?article=1199&context=chrpubs

Later I checked with several patrons who confirmed water was shut off to their rooms. If someone was ill and needed to use the facilities during the shutdown, they were simply out of luck. In all the years that I've traveled, staying at some of the best hotels, I've never experienced anything like this! No word of apology from the hotel management,,,nothing..It's as if this was just another normal occurrence and according to Cornell it's entirely plausible.

Some individuals dared using the restrooms during the shutdown reported that hotel staff inside the restroom offered a bucket of water to patrons to flush the commodes. I can't confirm that as I hurriedly left to use the facilities at my hotel some 3 miles away as Erskine Caldwell's," Tobacco Road" came to mind.