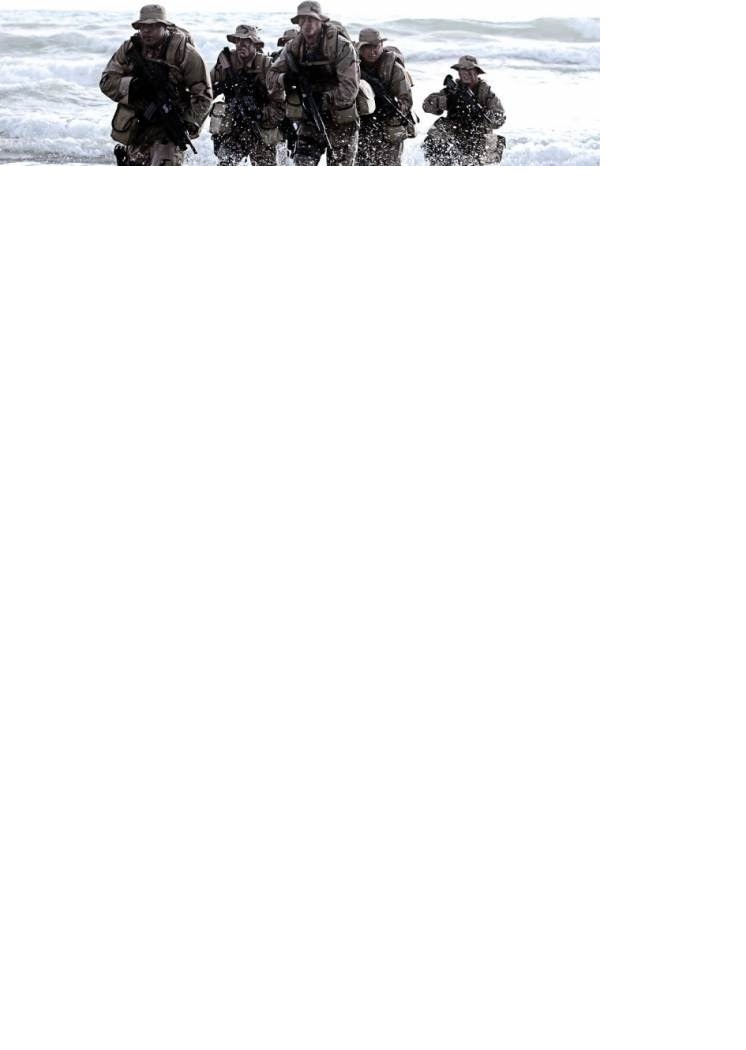 Judge O’Connor was appointed by George W. Bush in 2007.

The United States District Court for the Northern District of Texas today issued a preliminary injunction, stopping the Department of Defense from punishing military service members who have religious objections to the vaccine mandate. First Liberty Institute filed a federal lawsuit and motion for preliminary injunction on behalf of dozens of U.S. Navy SEALs and other Naval Special Warfare personnel against the Biden Administration and the Department of Defense for their refusal to grant religious accommodations to the COVID-19 vaccine mandate.

The court’s order can be read here.

“Forcing a service member to choose between their faith and serving their country is abhorrent to the Constitution and America’s values,” said Mike Berry, General Counsel for First Liberty Institute. “Punishing SEALs for simply asking for a religious accommodation is purely vindictive and punitive. We’re pleased that the court has acted to protect our brave warriors before more damage is done to our national security.”

A company whose president is “best friends” with Chelsea Clinton received more than $11 million in contracts over the last decade from a highly secretive Department of Defense think tank, but to date, the group lacks official federal approval to handle classified materials, according to sensitive documents TheDCNF was allowed to review.

Jacqueline Newmyer, the president of a company called the Long Term Strategy Group, has over the last 10 years received numerous Defense Department contracts from a secretive think tank called Office of Net Assessment.

The Office of Net Assessment is so sensitive, the specialized think tank is housed in the Office of the Secretary of Defense and reports directly to the secretary. To date, the Long Term Strategy Group has received $11.2 million in contracts, according to USAspending,gov, a government database of federal contracts. But after winning a decade of contracts from the Office of Net Assessment, the federal agency is only now in the process of granting clearance to the company. Long Term Strategy Group never operated a secure room on their premises to handle classified materials, according to the Defense Security Service, a federal agency that approves secure rooms inside private sector firms. Long Term Strategy Group operates offices in Washington, D.C., and Cambridge, Mass.

“The Long Term Strategy Group is currently in process for a facility clearance with the Defense Security Service,” the agency informed The DCNF in an email.

Newmyer declined to address her company’s lack of facilities to handle classified material. “With regard to your questions about the status of our facilities, those are best directed to the US government, which has authority over such matters,” she wrote in an email to The DCNF.  She also declined to say whether her company is footing the bill for the new secure facility, or if the taxpayers are footing the bill through the Office of Net Assessment.

Adam Lovinger, a whistleblower and 12-year Office of Net Assessment (ONA) veteran, has repeatedly warned ONA’s leadership they faced risks by relying on outside contractors as well as the problem of cronyism and a growing “revolving door” policy, where ONA employees would leave the defense think tank and join private contractors to do the same work.

Others outside ONA have drawn similar conclusions about the office’s reliance on outside contractors. USA Today complained in August 2013 that the same set of contractors never seem to leave ONA: “While Democratic and Republican administrations come and go, ONA and its team of outside advisers remains the same. Contract records show the office relies on studies from outside contractors.”

Clinton and Newmyer first met each other while attending Sidwell Friends School, an exclusive private Quaker school in the nation’s capital. They were in each other’s weddings, and in 2011 Chelsea referred to Newmyer as her “best friend.”  In numerous emails, Chelsea’s mom, then-Secretary of State Hillary Clinton, actively promoted Newmyer and attempted to assist her in securing Defense Department contracts.

Secretary Clinton put Newmyer in contact with Michèle Flournoy, then-President Barack Obama’s undersecretary of defense, according to the emails from Clinton’s private email server released by the Department of State under a lawsuit filed by the conservative watchdog group Judicial Watch.  Hillary followed up in a July 19, 2009 email, asking Newmyer, “By the way, did the DOD contract work out?”

ONA was supposed to work on complicated future warfare scenarios when it was originally set up in the 1970s.  The think tank’s first director, Andrew Marshall, was adored by a coterie of ONA staff. He was called “Yoda,” after the “Star Wars” series, adding to his mystique. Marshall lasted in the DOD post for 42 years and retired at the age of 93 in 2015.


In 2016, Lovinger sent a series of memos to James H. Baker, ONA’s new director, raising many problems Baker “inherited” from Marshall, including the use of contractors. ONA has a reputation for issuing “‘sweet-heart contracts’ to a privileged few,” Lovinger told Baker in a Sept. 30, 2016 email chain.

ONA’s leadership, led by Baker, did not take kindly to Lovinger’s warnings and allegedly retaliated against the staffer, according to Sean Bigley, a federal security clearance attorney who also represents him.  Baker suspended Lovinger’s security clearance in May for “security infractions,” and launched numerous investigations.  The suspension came after Lovinger had been detailed to the National Security Council. He was removed from the National Security Council after losing his security clearance, and now languishes inside a Defense Department satellite office doing busy work.

In a Sept. 13, 2017 letter to DOD officials, Bigley charged: “A review of the ‘case file’ in this matter illuminates a picture of intentional whistleblower retaliation against Mr. Lovinger; personal and political vendettas against Lovinger by Baker …”  Although Lovinger has since been exonerated of all the accusations, he still faces the possibility of a revocation of his clearance. His case is currently pending before Defense Department officials.

In a recent move, Baker decided to “reclassify” Lovinger’s ONA position to one that now requires new skills he doesn’t possess.  Bigley complained about this new act of alleged retaliation in a Sept. 21 letter to the DOD acting general counsel:  “The practical effect of Baker’s plan, if executed, is that Mr. Lovinger will become a surplus employee and will be terminated; he does not possess the skill set applicable to the proposed reclassification.” Lovinger is the only staff member Baker has “reclassified,” according to Bigley.

One of Lovinger’s main complaints about ONA was that many of the reports contractors wrote imparted very little new information to the think tank. “Over the years ONA’s analytic staff has expressed how they learn very little from many (if not most) of our often very thin and superficial contractor reports,” he wrote in the Sept. 30, 2016 email.

Lovinger also suggested in a March 3, 2017 memo to the record that contractor studies should be peer-reviewed: “There has never been an external review of these contractors’ research products,” he said, adding, “It is now clear that over several decades the office transferred millions of dollars to inexperienced and unqualified contractors.”

Others outside of ONA have been even more critical of the think tank. Book critic Carlos Lozada criticized the think tank as “an opaque bureaucratic outfit,” in a Washington Post review of a book about Marshall, ONA’s founder.  University of Notre Dame Political Science Chairman Michael C. Desch said “a systematic scrutiny of [ONA’s] work is long overdue” in the December 2014 issue of  The National Interest. He recommended that ONA, “like so many now-superfluous parochial schools, should close its doors.”

On the liberal front, Middlebury Institute’s director of the East Asia Nonproliferation Program, Jeffrey Lewis, wrote a scathing attack on ONA in the Oct. 24, 2014 edition of Foreign Policy Magazine. “Marshall funded a fair number of crackpots,” he charged.  Lewis cited two studies on Iraq “written by a crackpot who thinks Saddam planned the 1993 World Trade Center bombing and 9/11, and a study on ‘Islamic Warfare’ by the guy who fabricated both a Ph.D. and an interview with Barack Obama.”

Lovinger has also been critical of the revolving door at ONA, where previous government staffers went to work for ONA contractors.  Phillip Pournelle, who was ONA’s military adviser from November 2011 to December 2016, now works at Long Term Strategy Group as its “director for gaming and analysis,” according to his LinkedIn page.

Steve Rosen, also a long-time ONA consultant, was originally Newmyer’s professor at Harvard. But Newmyer and Rosen hit it off, and they “co-taught” a Harvard class together in 2006.  Newmyer and Rosen are top officers in a nonprofit they created together called the American Academy for Strategic Education, which is “dedicated to educating a rising generation of strategic thinkers,” according to its website.  The organization has raised $894,000 since it began operations in 2013, according to their IRS 990 filing. The academy paid Newmyer and Rosen $45,000 each in 2015.

Since serving as president of Long Term Strategy Group, Newmyer has participated in many prestigious bodies on national security, and she was enrolled in a Ph.D. program at Harvard Kennedy School’s Belfer Center for Science and International Affairs.  But her Ph.D. had little to do with today’s international conflicts or in contemporary military strategy. Her dissertation was on “a comparison of seminal works on strategy and statecraft from ancient China, the medieval Middle East, and early modern Europe,” according to a Harvard profile of her.

Adam Lovinger did not consent to an interview for this article. The Office of Net Assessment did not reply to a DCNF inquiry.

Delivered by The Daily Sheeple We encourage you to share and republish our reports, analyses, breaking news and videos (Click for details). Contributed by Richard Pollock of The Daily Caller News Foundation.