The coverup of an early cure for COVID-19 didn’t begin with the viral videos of America’s Frontline Doctors, but they sure did bring the message home, and exposed one of the most orchestrated and targeted attacks on subverting life-saving drugs, while everyone watched this cyclone in real time. Within 24-hours all major social media platforms, mainstream news, Bill Gates, Dr. Anthony Fauci, and politicians tried to kill the message, but not before it had already reached over 17 million people. America’s Frontline Doctors’ website was even removed in its entirety by Squarespace, and they had to quickly rebuild it on another host site. This was not just an attack on the doctors, this was an attack on the American people to subvert critical information on hydroxychloroquine that has proven to treat COVID-19 in the early stages. Why would they want to do this? Why would they want to hide a cure from the American people?

Wrap your head around this 24-takedown of a drug that’s been around for over 65 years with little to no side effects, only 20 deaths worldwide, and proven to work on COVID-19 patients. Tylenol results in 500 deaths annually in the U.S. alone, and it’s sold over the counter. Does this equate? Next, review the evidence they claim doesn’t exist, and why Remdesivir is the drug of choice, along with the push for a vaccine.

America’s Frontline Doctors are a group of doctors who have been working on the front lines treating COVID-19 patients with great success. It was founded by Dr. Simone Gold who has worked as an emergency room physician for 20 years and is also an attorney. They called for a press conference and a 2-day summit to bring the truth to the forefront and teach Americans about the disinformation campaign, hydroxychloroquine (HCQ), masks, fear, impacts on children, and other key aspects.

Recently I had to pick up some items for a luncheon gathering on Sunday May 31st. The meal plan called for baked lasagna and Caesar salad with others of us bringing various side dishes and culinary accoutrements.

We each volunteered to bring various items from a prepared list for our luncheon. I chose dessert and offered to bring several kinds. I selected baked goods because I have a bit of experience in selecting tasty examples of the pie variety.

It was Thursday May 28th and I was out running errands anyway so I thought it would be a good time to pick up my choices since I was in the vicinity anyway.

I stopped by Price Choppers at 87th and Antioch to pick up several pies for the occasion, one cherry and one apple.

Arriving at the bakery department there was quite a selection of baked goods but after a bit I selected what I thought were outstanding examples of both pastries. After paying for the items i checked out and went home. I didn't refrigerate the two items because they were left in their respective sealed packages.

Besides I remember my grandmother baking pies and putting them in a pie safe sometimes for well over a month in the summer. Fruit pies and canned jellies are not subject to bacteria spoilage as in the case of raw fruit. As long as they are stored in a dust free environment, they are fine. Dust causes poisonous growths in uncovered jams and jellies.

The pies were loaded into my automobile and I left early Sunday morning for the luncheon arriving at my destination in about two hours. S I brought them into our gathering all seemed well. Somewhere after one we finally got to dessert. I asked to hjave a piece of the cherry pie I brought. One of the young ladies sliced the pie and I removed a piece. One of the ladies next to me started to get a piece when she asked what was this dark object next to the piece I had just gotten. Examining it a bit closer, it looked to be mold.

We quickly checked the apple pie and it too was showing small spots of green mold. I was both surprised and embarrassed because I had never seen pie that was sealed grow mold. See the attached photos of the two pies.

It occurred to me that Price Chopper's bakery was not handling their product very carefully because mold doesn't grow overnight so these pies were contaminated before they were ever packaged.

When I returned to the Overland Park location where I purchased them and told the bakery what I found,they made no effort to even apologize. The woman behind the counter just blabbed some meaningless nonsense and made no offer to refund my purchase price.

I informed them that I would not purchase any further baked goods at this store in the future.

Here is what I saw:. 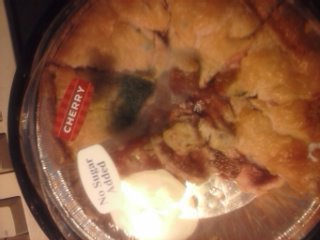 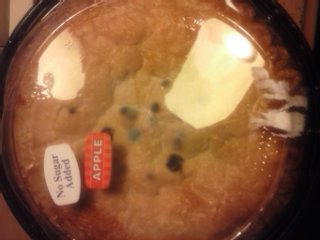 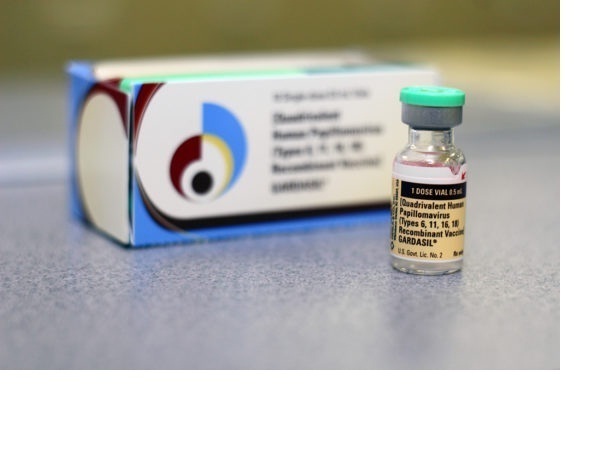 Young, healthy women who experience amenorrhea, ovarian failure, and infertility have likely been damaged by Merck’s HPV vaccine. A new study published in the Journal of Toxicology and Environmental Health analyzed data on pregnancy outcomes, comparing women who received an HPV vaccine with those who did not. The data analysis is titled, “A lowered probability of pregnancy in females in the USA aged 25 who received a human papillomavirus vaccine injection.”

The study, uninfluenced by pharmaceutical money, analyzed data on 8 million women aged 25-29 living in the U.S. from 2007 and 2014. According to the analysis, conception rates would have fallen by 2 million if 100 percent of the females in the study would have received the HPV vaccine. The study warns that the HPV vaccine has a negative influence on fertility and more research is “warranted.”

Despite these grave concerns, the Food and Drug Administration (FDA) is currently fast tracking the process by which the Gardasil-9 is approved for use in women and men ages 27 to 45. Merck’s application for approval has been granted priority review, and is scheduled for an approval date of October 6, 2018. So, much important information about Gardasil’s risks will be suppressed as the FDA moves quickly on behalf of Merck’s business interests.

When Gardasil was initially licensed, many post-marketing reports poured in, claiming that vaccine recipients endured primary ovarian failure after vaccination. The cases of Gardasil vaccine damage that have been identified and reported to the U.S. Vaccine Adverse Events Reporting System (VAERS) are in excess of 58,000. Many cases have resulted in emergency room visits, seizures, and the diagnosis of autoimmune conditions. Additionally, approximately 11,000 cases have been filed, documenting “serious” disability and sudden death. Women should no longer be subjected to Merck’s deadly experimentations. Gardasil is an experimentation because the risks are concealed and the vaccine is fast-tracked for approval. (Related: Merck accused of fast tracking Gardasil for financial gain; judge orders the drug company to prove the effectiveness of this vaccine.)

One of the greatest dangers of vaccination, which is not studied by the drug companies or the FDA, are the prevalence of stealth viruses within the vaccines. While they do not impact the animal tissue in the vaccine or infect the animals used in the vaccine studies, these viruses can be dormant and revert to infectious form in humans. Watch “The criminalization of science whistleblowers: An interview with Judy Mikovitz, PhD.

Aluminum adjuvant: one of the most alarming issues of vaccine science

One of the biggest problems with the Gardasil vaccine is the use of aluminum as an adjuvant. The adjuvant is used to force the immune cells to respond to the antigen in the vaccine. Without the adjuvant, the immune response to the vaccine pathogen would be weak. The problem is that the aluminum is taken up into the immune-responsive cells and is carried throughout the body. This may cause the immune system to attack itself, as the aluminum persists as a threat in the body. This metal causes problems in the brain of humans. Studies show that brain tissue from autistic children contains high amounts of aluminum.

Aluminum is exponentially more dangerous through injection, than through ingestion. To suppress information on the harmful effects of vaccines, the drug companies base their vaccine safety on ingested aluminum amounts, not the impact of injected aluminum. There’s a big difference. Equally disturbing, GlaxoSmithKline and Merck spike their placebos with aluminum adjuvants to make the vaccine appear less dangerous. This shortcut helps the drug companies cut observation periods so they can conceal the risks of aluminum adjuvants in their HPV vaccines.

The devastating, traumatic failures of Gardasil are being suppressed and young women are suffering at the deceptive science of these devilish institutions. Despite the growing body of evidence of harm from Gardasil, Merck is seeking fast-track approval to unleash their vaccine on another vulnerable age group of the population. The FDA, ignoring the evidence of Gardasil’s harm to women’s ovaries and fertility, cannot be trusted to evaluate the drug company’s “science.” A moratorium should be issued on all HPV vaccines until there is sufficient evidence to prove the vaccine is no longer causing ovarian failure, autoimmune conditions, infertility, seizures, and death.

The Daily Sheeple - We encourage you to share and republish our reports, analyses, breaking news and videos (Click for details).