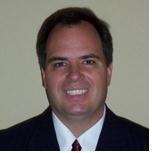 By James Taylor
A publication that has built a reputation for fair and non-biased reporting has lately been inserting leftist propaganda into its energy and environment coverage.

Energy, environment, and climate reporting at the usually solid Washington Examiner are increasingly taking on the left’s language and agenda. Why are the Examiner’s two lead energy and climate reporters advancing leftist politics rather than straight reporting, and why is the paper allowing this to happen?

In June 2017, the Examiner hired Josh Siegel to join John Siciliano covering energy, environment, and climate news. Siciliano had a solid track record of just-the-facts reporting and had worked as a reporter for The Daily Signal, the multimedia news organization of the conservative think tank, The Heritage Foundation.

Two months after bringing Siegel on board, the Examiner launched Siegel and Siciliano’s “Daily on Energy” report, with each day’s edition containing several short write-ups of energy, environment, and climate issues. Lengthier versions of many of the short write-ups later appeared in the Examiner as stand-alone articles.

Since launching the report, Siegel and Siciliano have taken a significant turn toward the political left. Its substance, tone, word choice, and quoted sources consistently advance leftist messaging on energy, environment, and climate issues.

For example, in news articles regarding the Trump administration’s proposal to enhance energy grid reliability by crediting coal and nuclear power for being on-demand power sources with on-site fuel storage, Siegel and Siciliano consistently refer to the proposal as “the coal bailout.” While anti-coal activists can make a shaky argument that assigning monetary value to electric grid security is a “bailout” for the energy sources that provide that security, the argument is exactly that–a political argument.

Siegel and Siciliano refer to the proposal matter-of-factly as “the coal bailout,” as if such a label was factual and beyond dispute rather than a loaded political argument. Just as strikingly, Siegel and Siciliano never use the term “bailout” to describe wind and solar power or the many government programs, subsidies, and policies that benefit them, even though wind and solar power receive more subsidies than all conventional energy sources combined.

When reporting on Sen. Marco Rubio noting that sea level rise will continue, regardless of reductions in carbon dioxide emissions, Siegel and Siciliano cite the aggressively leftist Union of Concerned Scientists (UCS) in an attempt to rebut Rubio. Worse yet, they present the UCS as an objective arbiter of scientific disputes. The journalists claim, in their October 15 report, “What the science says about sea level rise: The Union of Concerned Scientists last week published a report…” (emphasis in the original).

Moreover, the term “denier” was inserted into the global warming debate by environmental leftists who want a more loaded term than “skeptics” to vilify people who are skeptical of alarming global warming predictions. The term was reportedly chosen in an effort to equate skeptics of an imminent global warming crisis with contemptibly racist Holocaust deniers, which is historically the most common use of the term “denier” in the political context.

Siegel and Siciliano are likely familiar with the history of the term and the strong objection skeptics take to being unfairly besmirched by it. Yet they still used it to describe Trump.

On October 18, the two journalists released another biased and inaccurate criticism of Trump on climate issues. They wrote, “Trump on Tuesday continued to falsely assert that the science is unsettled on climate change and its causes…” Yet the causes of climate change are very unsettled.

For example, a 2016 survey of more than 4,000 American Meteorological Society meteorologists reveals 33 percent believe humans are not responsible for most or all of the earth’s recent warming. Even among the 67 percent, many undoubtedly believe a warming earth will not create the climate catastrophe the the environmental left predicts.

Moreover, every new publication by the United Nations Intergovernmental Panel on Climate Change (IPCC) contains different predictions than the previous publication, and each report explicitly states there is a degree of uncertainty in its predictions. In fact, IPCC predictions of future climate change have dropped significantly over the years, from a prediction in its initial report, in 1990, of 0.3 degrees Celsius warming per decade, to its current prediction of 0.2 degrees per decade.

Real world observations also show temperatures are rising closer to 0.15 degrees per decade, which defies the predictions in all of the IPCC reports. Yet Siegel and Siciano state that it is false to claim there is scientific uncertainty regarding global warming.

In their same October 18 report, Siegel and Siciliano launched a cheap personal attack on Trump, using a false global warming narrative as a hook. They write that, during a recent media interview, Trump “claimed he has a ‘natural instinct for science’ because his uncle worked as a professor at MIT.”

While Trump claimed a natural instinct for science, and noted earlier in the conversation that his uncle was a professor at MIT, Trump did not say he has a natural instinct because his uncle was a professor at MIT. Siegel and Siciliano’s inaccurate description, while subtle, tells a false narrative that clearly conveys ridicule for a person who he believes his uncle’s work at MIT automatically makes him an expert.

But that is not what Trump said at all. It is difficult to believe such an error, and one that appears designed to ridicule Trump, appeared accidentally.

Many more examples exist. Why have Siegel and Siciliano deviated from objective reporting and taken on the left’s language and agenda? People would be forgiven for expecting that from the New York Times or the Huffington Post, but the Washington Examiner? The paper, like the Wall Street Journal, has a conservative editorial board and has historically aimed its news reporting at the middle. But this kind of reporting is not the middle. It better reflects the typical media bias towards the left that the Examiner has built a reputation contrasting with fairer reporting.

Is there a hidden follow-the-money story here? Is there an editor pushing these reporters in a leftist direction? Is this an example of two reporters succumbing to the leftist ideology that is so pervasive inside the Beltway? Or is this just an example of the Washington, D.C. political swamp rearing its ugly head? I don’t know, but it is tragic and sad that the political left has subverted the energy, environment, and climate reporting of a respected newspaper.

James Taylor is senior fellow for environment policy and vice president for external relations at The Heartland Institute.